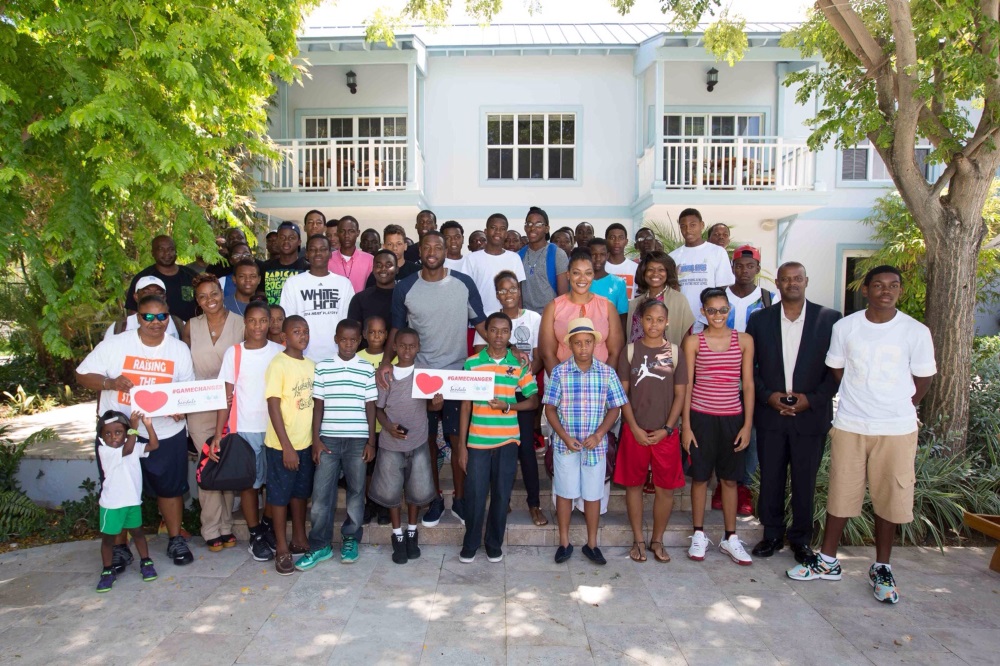 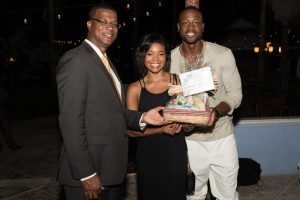 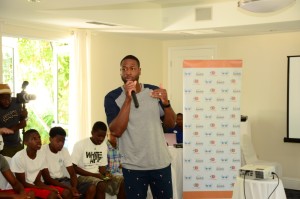 PROVIDENCIALES, TURKS & CAICOS (September 30, 2015) — While visiting the Turks and Caicos Islands (TCI) to host his Annual Wade Brand Summit for the second year at Beaches Turks Caicos Resort Villages & Spa, NBA Champion Dwayne Wade took some time to share his inspirational story with young athletes from the Island. Forty-three students from schools across the TCI, along with their coaches, had the unique opportunity this past Saturday to hear from the basketball super-star and his sister, Tragil, who also serves as President of his charitable organization.

The “Morning of Inspiration” as it was appropriately coined, opened with a brief overview of the partnership between the Sandals Foundation and Wade’s World Foundation, Now in its second year, the relationship aims to raise awareness and funds in support of Game Changer – an integrated sports program to benefit youth in underserved communities in the Caribbean and South Florida. Deputy Premier and Minister for Education, Youth and Sports Honorable, Akierra Missick, and also the Deputy Leader of the Opposition, Honorable Sean Astwood, formally welcomed the attendees, who also included many of Wade’s mega-brand partners. The Brand Wade Youth Summit continued with the Wades telling their heartfelt and inspirational story of growing up on the rough part of the South-side of Chicago and the challenges they have had to endure. They spoke further about preparedness, hard work, and overcoming adversity that has led them to their successful career paths today. The students were also invited to ask questions and share their career goals and dreams for the future.

“My message to the rising stars of Turks & Caicos is keep fighting for your dreams!” said the three-time NBA Champion, Wade. “It is about being allergic to no and continuing the journey no matter what. Just because you don’t end up in the job or the career you thought you wanted, doesn’t mean you failed; sometimes the road takes you to a different path and a more successful and happier outcome,” he concluded.

The intimate speaking engagement continued with Dwyane Wade inviting his brand partners to also share their background story to give the students an introspective look at the different career paths and opportunities available in non-traditional, sports-related industries. The dialogue further reinforced that success comes when you work hard and are committed to education and being socially responsible. The children also had the chance to enjoy some light snacks and refreshments, received a gift bag which included Wade co-branded products and had photo opportunities with the Wades.

“The Game Changer Program is not just about building multi-purpose courts and giving out equipment– it’s about offering real opportunities that help change lives and shape futures,” said Liz Kaiser, Director of Partnership Marketing for the Sandals Foundation. “Mentorship is a big part of this program and special opportunities like today’s candid speeches Mr. Wade and Tragil go a long way to reinforcing that anything is possible if you work hard and don’t stop dreaming” she concluded.