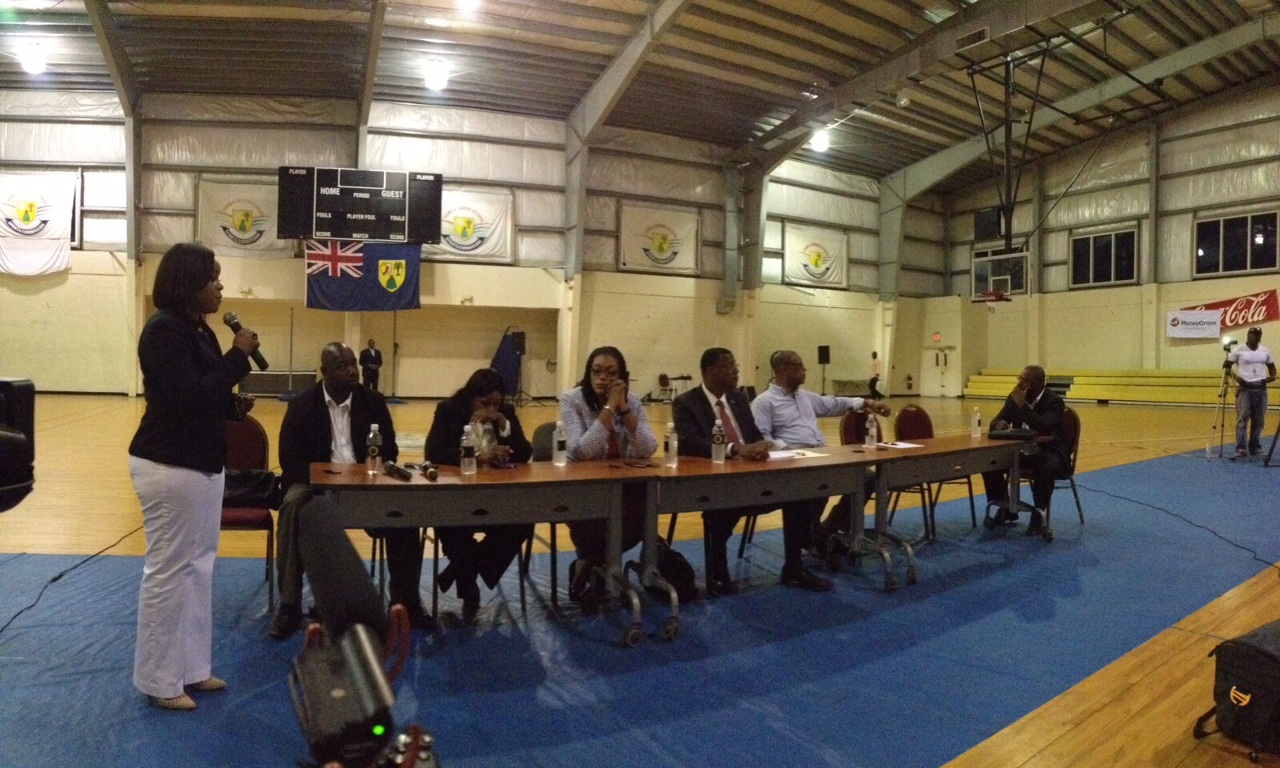 Providenciales, 08 Sept 2015 – A hot topic in the headlines today, members of the public turned up for a Public Press Conference on Monday evening at the Gus Lightbourne Sports Complex. It was an opportunity for residents to speak their minds, openly, and hear the government’s views on matters of national interest.

Many turned up to listen and pose questions about the government’s take on the UK’s appropriation of an additional $2.2 million dollars for the Special Investigation Prosecution Team – in light of reported “credible threats” against the investigating team.

The agenda also included UK’s refusal of the House of Assembly recommendations for Constitutional Review, the controversial immigration Bill 2015. It’s no secret that the TCI government has been questioning the future of TCI’s relationship with the UK in light of recent decisions against the government’s wishes.

The meeting was hosted by Premier Hon. Rufus Ewing and members of his cabinet. We’ll have reactions from that Public Press Conference in our subsequent report.