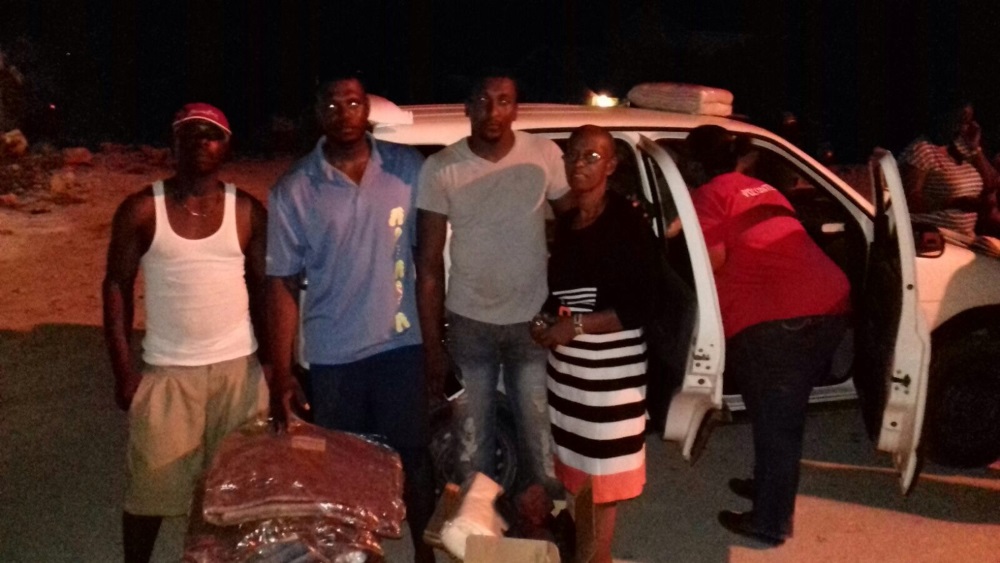 Providenciales, 23 Sept 2015 – Three homes, three families, over a dozen people are homeless today after their residences burned down during a fire in Five Cays on Tuesday evening.

Today those residents are telling Magnetic Media that they are thankful for life even though they have lost everything. Scorched structures are all that’s left as clothes, documents and valuables were consumed in the blaze.

Quick to take action were the Red Cross, Social Services, the Department of Disaster Management and Emergencies and the Adventist Development Relief Agency.

“We gave out hygiene kits, blankets, food supplies as well as for the children we gave them school supplies so that they are able to go back to school in the morning.”

The fire reportedly began sometime after 4pm, and though the cause is still unknown, witnesses report hearing a loud explosion as fire erupted, engulfing home after home.

Meanwhile officials from ADRA, which was on the scene last night, had encouraging words. Ms. Thomas:

“I want to say to the people, even though you have suffered loss now, I want you to be encouraged, better days are yet to come, I can promise you and assure you that the community will rally around you and try to assist you and try to help you and try to get back on their feet to give you some stability.”

Donations are being accepted at the Red Cross Thrift Store in Turtle Cove.