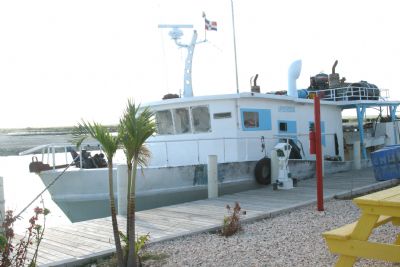 Providenciales, 14 Sept 2015 – Two Dominican poachers will appear in court this week after being caught near TCI shores.

DEMA officers off the coast of Seal Cay apprehended the men early Sunday morning with several pounds of lobster, parrotfish and spear guns on board their vessel.

It is the second catch for authorities in two months, a poaching sting back in July led to 28 Dominican poachers caught with over 2000 pounds of illegal catch during the closed lobster season.

The men now face a number of serious charges.