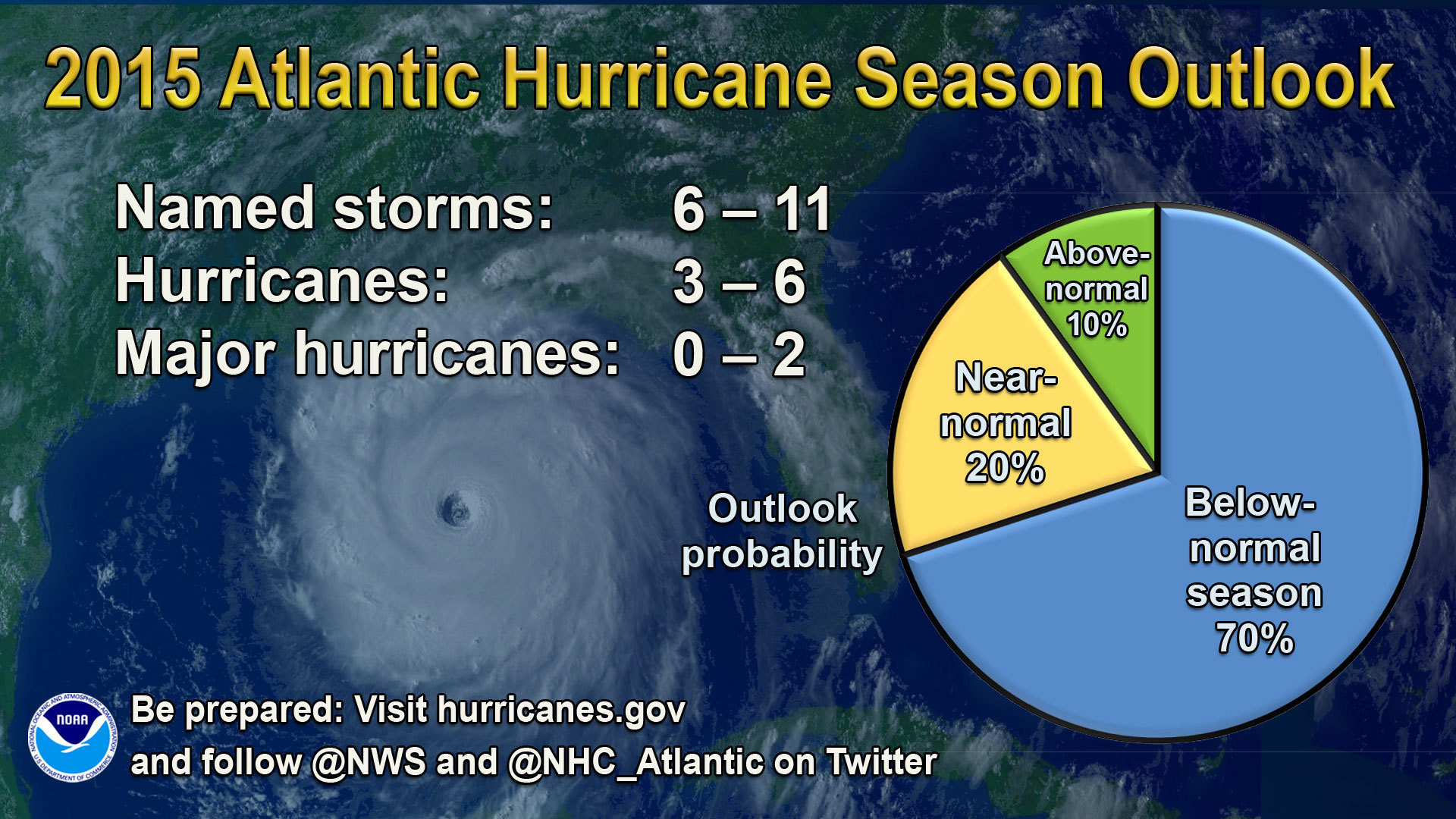 Providenciales, 07 Aug 2015 – NOAA has said there is an increased likelihood that the Atlantic Basin will experience a below normal 2015 Hurricane season.

The 90% probability for a less active storm season is the highest confidence the National Hurricane Center has expressed in a slow-down in storms since 1998 according to their release.

Still there is a caution: “Regardless of our call for below-normal storm activity, people along the Atlantic and Gulf coasts should remain prepared and vigilant, especially now that the peak months of the hurricane season have started.”