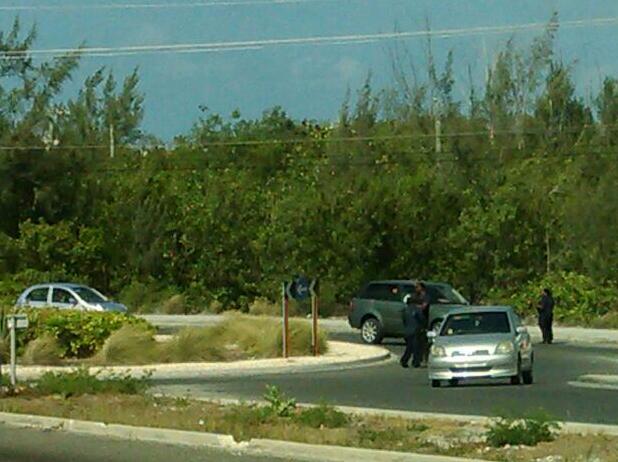 Providenciales, 27 Aug 2015 – Scores of illegal migrants were picked up this morning by Immigration Officers and members of the Tactical Unit of the Royal Turks and Caicos Police Force.
There were car searches- cyclists pulled over and pedestrians stopped and searched as authorities crack down on illegal immigration.

It was the first major exercise conducted by authorities in a while, and though numbers and details of detainment are still unavailable up to broadcast time, MM understands that over 50 migrants were rounded up this morning.

Many of them reportedly in work attire, Haitians, Dominicans, Jamaicans and Filipinos hauled to the South Dock Detention Center for processing.

Those who could prove their legal right to live and work in the country were let go, those who couldn’t, will be sent packing.

This morning’s raid comes hours following a town hall meeting on immigration reform as residents pressured law makers to do away with the proposed bill which they say would further disenfranchise locals who are already outnumbered by foreigners.