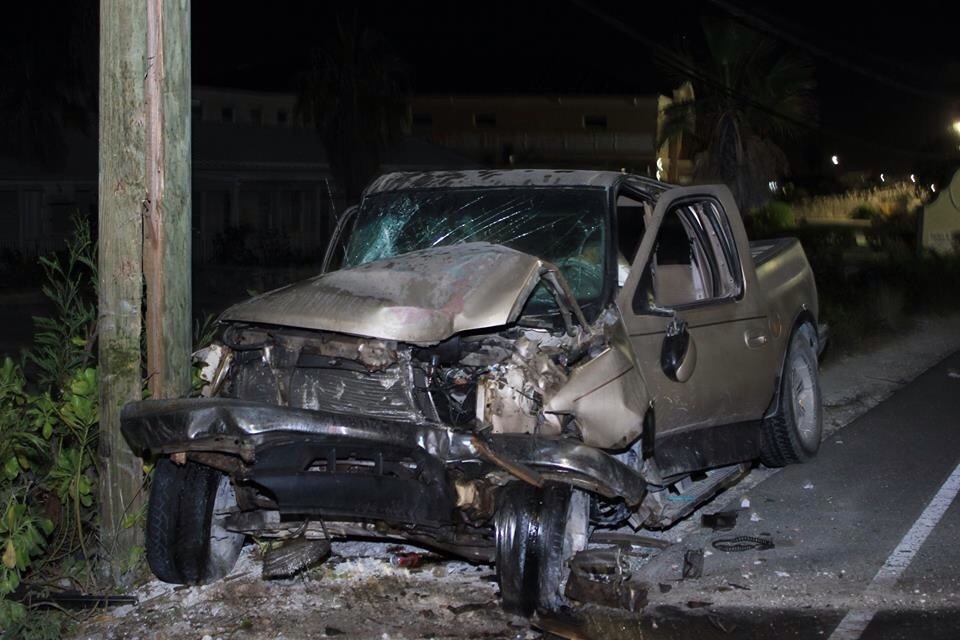 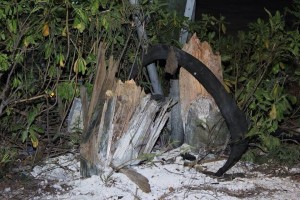 The 55ft power pole was severely damaged by the crash, which left the 55 year old driver in critical condition. Devon Cox, VP of Transmission and Distribution said that pole was holding a 35kv transmission top which powers Blue Hills and a 12.5kv distribution underbuilt feeder which takes care of Leeward Highway West.

Only a gold Ford F-150 was involved in the serious accident which sent a Kew Town resident to hospital. The pole repair was put at $5,000.