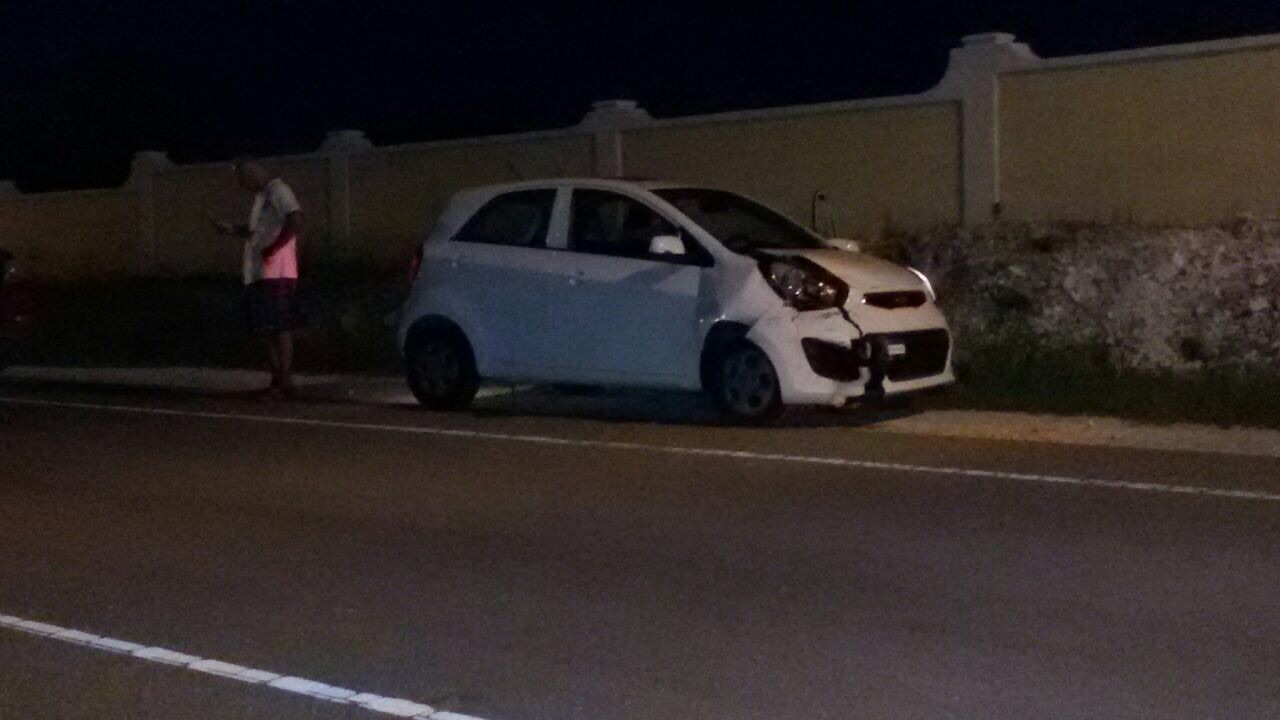 Providenciales, 09 Dec 2014 – A head on collusion between a male American guest and a local woman could have ended tragically.

Tender mercies as the woman who was travelling east on Leeward Hwy near Heaven Down Rock was hit by a rental vehicle believed to be in the wrong lane heading west.

Both people involved in the accident appeared to be fine. Ambulance and Police had not yet arrived at the time this photo was taken.