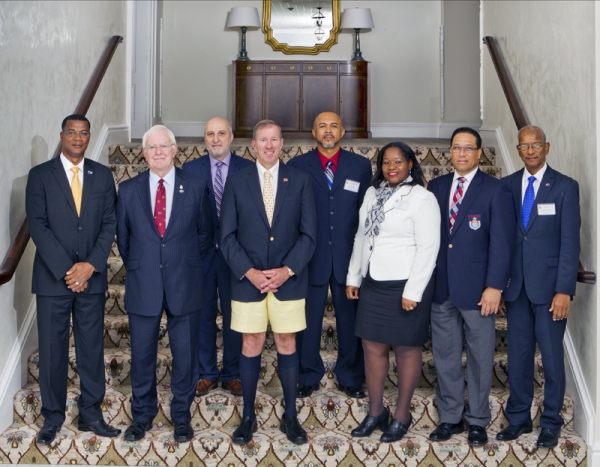 Providenciales, 24 Jul 2015 – The Premier has told the UK that the areas of biggest concern for the Turks and Caicos as an overseas territory are: financial and economic sustainability, social development and border control and security. Hon Dr Rufus Ewing and Border Control and Labour Minister DonHue Gardiner on Wednesday left to attend the Pre-Joint Ministerial Council meeting set in Bermuda. The Office of the Premier provided the presentation by Premier Ewing at the two day session; he spoke of the common challenges and how they can be an impetus for getting what is most needed per nation from the British.

“By and large there are number of areas that are common that we can say that as Overseas Territories we can sit with our heads together and solve. Also on the issue of cooperation between countries, best practices between countries, there are some countries that are more advanced and have gone through with some countries that have yet to go through and so that there is a lot that we can learn from Bermuda, a lot that we can learn from Cayman Islands who might have gone through this before and developed systems that we can benefit from so it is about that kind of relationship as sister overseas territories.”

During the two-day meeting, the Territories Leaders are also expected to make a unified statement on their approach to Beneficial Ownership, which will be forwarded to the United Kingdom.