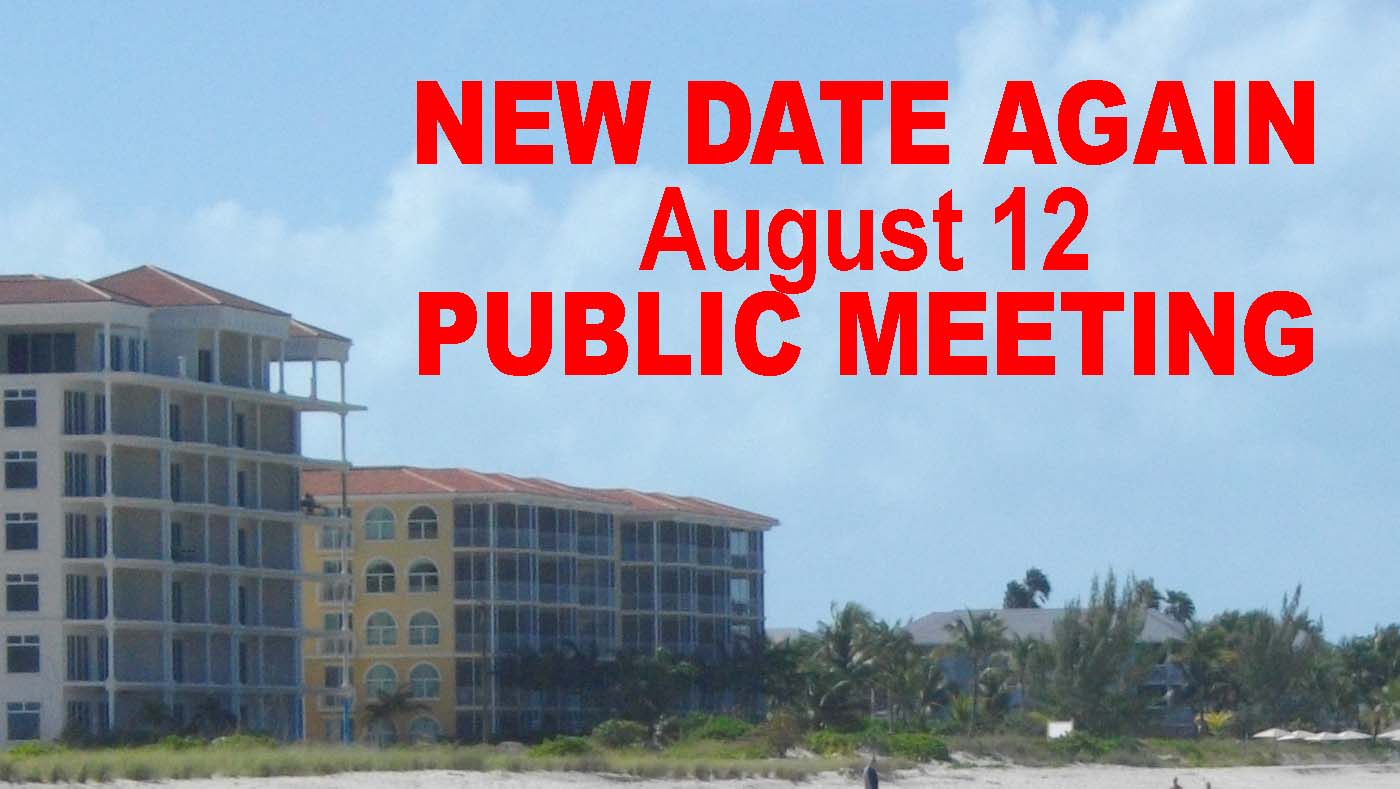 Providenciales, 27 Jul 2015 – The town hall meeting to discuss the serious proposal for an increase of construction height from seven to twelve stories is changed again… the new date is now given as August 12, 2015.

This morning we announced that the date was to be next week Wednesday… but government has pushed the discussion with the public back one more week.

The PNP Administration appears to be pro the increase explaining they believe the resort development will bring economic benefits directly and indirectly. In a statement to reveal the new date of August 12, it was explained:

“This move by the government will bring the much-needed increase in bed count to support the projected upsurge in airlifts to meet the demand of year on year rise in tourism arrivals.”

Others are against the idea of going to greater height density in the Leeward area, which will likely set a precedent for other developments in the country. Twelve storeys or 140 feet is proposed.