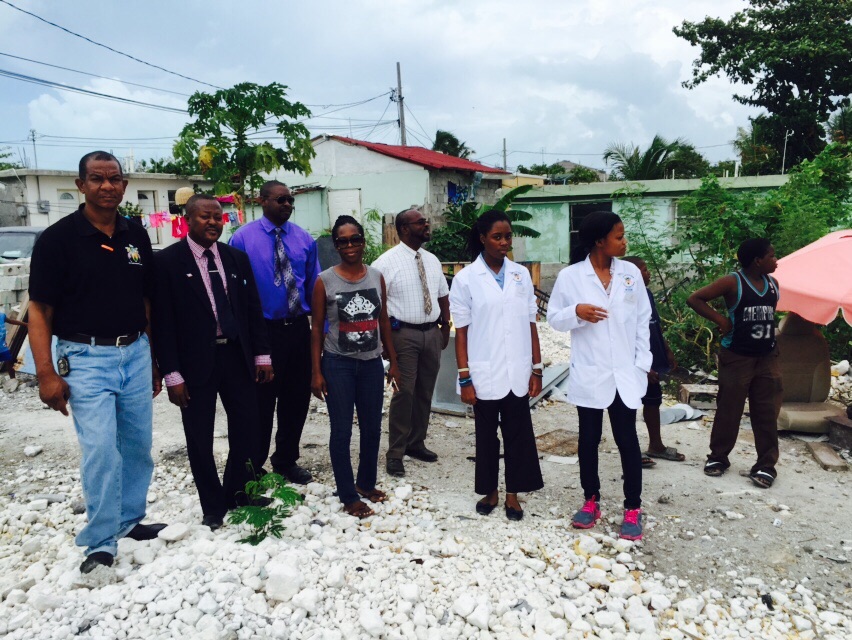 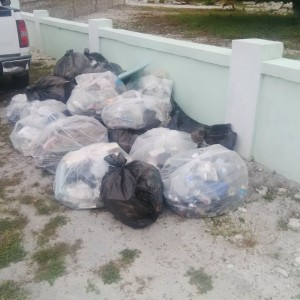 Providenciales, 15 Jul 2015 – Clean Up campaigns are being launched all over the country now as neighborhoods and communities try to take the indiscriminate dumping problem in hand.

Environmental Health Department officials earlier today joined Kew Town and the TCI Haitian community in a walk about in advance of a clean-up set for this weekend.

Director of the EHD Kenrick Neely said the walk through was focused on garnering support for the effort.

Neely explained that this kick off weekend clean up may actually launch a series which has been widely promoted within the Haitian community in churches and on radio.

The effort complements hurricane preparedness initiatives too as not only will garbage be picked up using donated materials, but there will be a chance for larger items to be cleared which reduces the danger of projectiles during a storm.

Mr. Neely explained that the Environmental Health Department will collect garbage once it is bagged and they will pick up the larger items.

The Kew Town clean-up is slated for this Saturday at 6am; residents are encouraged to support the move where there will be heavy concentration in the Dock Yard part of Kew Town.

Last weekend, residents of Leeward Palms also cleaned up their district; that initiative was led by Ezra Taylor.