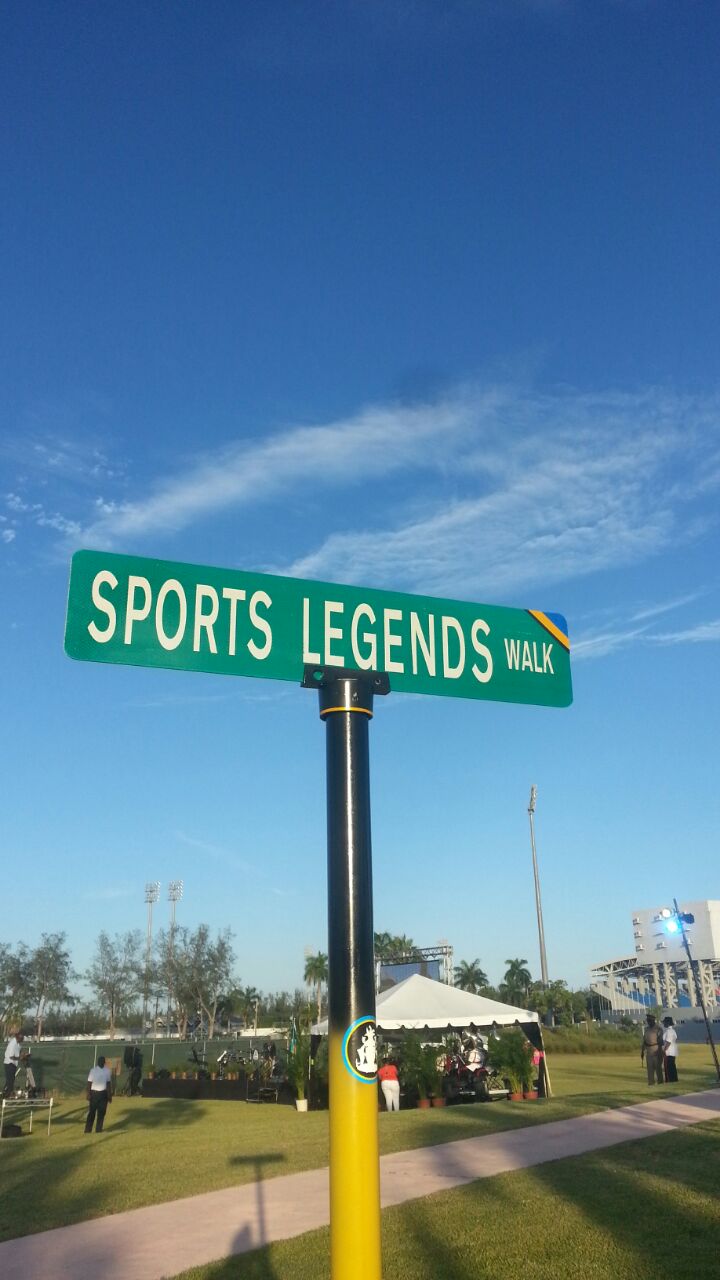 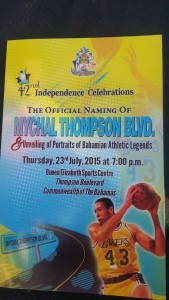 Providenciales, 24 Jul 2015 – NBA champion with the Los Angeles Lakers, Mychal Thompson, a Nassau native, was honored with a street renamed after him last night – simultaneously, as the Bahamas continues to celebrate legends and 42 years of independence, a Sports Walk of Fame was unveiled.

The street is now called Mychal Thompson Boulevard and ‘Sweet Bells’, who was a 1978 first draft pick attended with his two champion basketball playing sons; including the one from the NBA’s top team this year, Golden State Warriors, Klay Thompson.

Mychal Thompson Boulevard is the street where the Thomas A. Robinson National Stadium now sits. The artist renditions were done by Jamal Rolle.