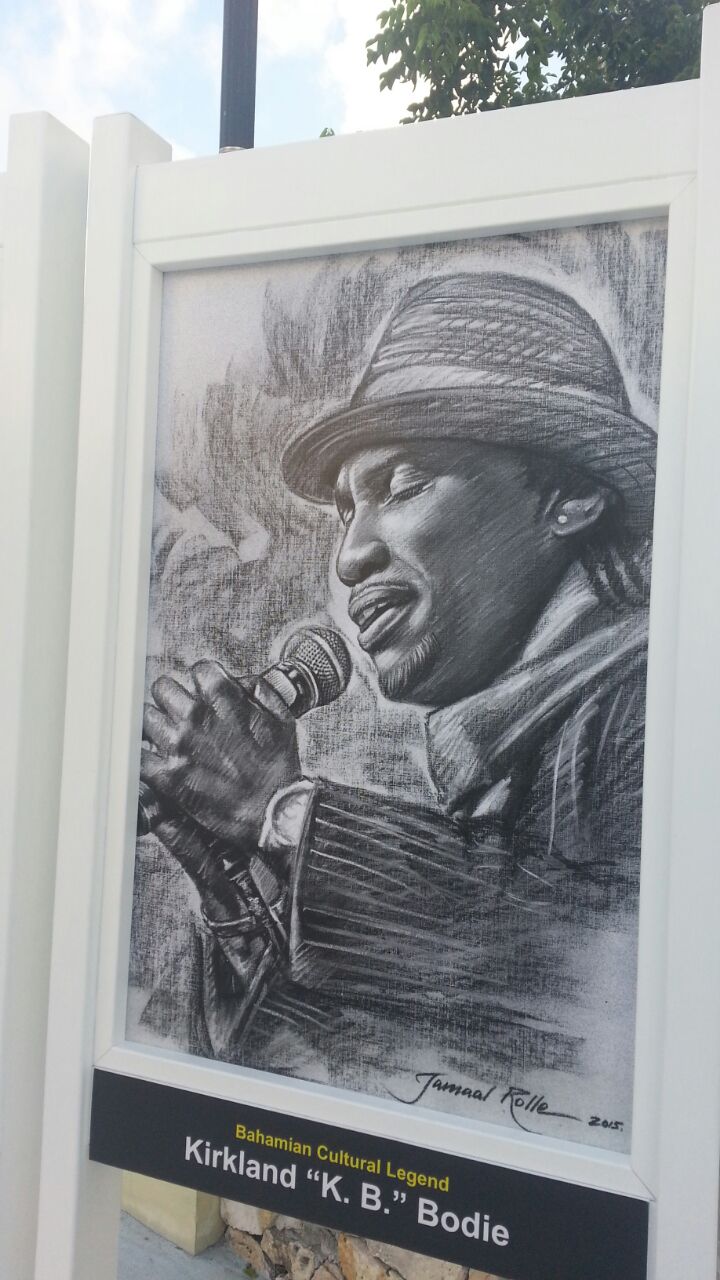 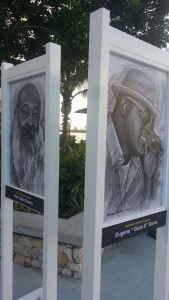 Providenciales, 09 Jul 2015 – In one of the banner events for the Bahamas 42nd anniversary of independence held in Rawson Square last night and featuring PM Rt. Hon Perry Christie; the Turks and Caicos Islands was mentioned as 42 cultural icons were memorialized with their portraits unveiled in Parliament Square.

From singers and songwriters… to thespians and artists, it was a magnificent event where young Bahamian artist Jamal Rolle was privileged to sketch the 42 honorees; their likenesses now on display along Bay street.

And there were dozens more, as said, 42 in all… those with well-known Turks and Caicos links including the late champion of ‘bush’ music, Frank Penn; prolific song writer and vivacious performer KB and gospel music icons, The Cooling Waters where it was specifically noted that they have spent decades representing both the Bahamas and Turks and Caicos Islands.

These artists in the various genres will remain on display in down town Nassau for the remainder of the month.

Bahamians celebrate independence tomorrow, July 10th… in the TCI there will be cultural display at the down town ball park and on island for the show, which starts at 9pm – KB.