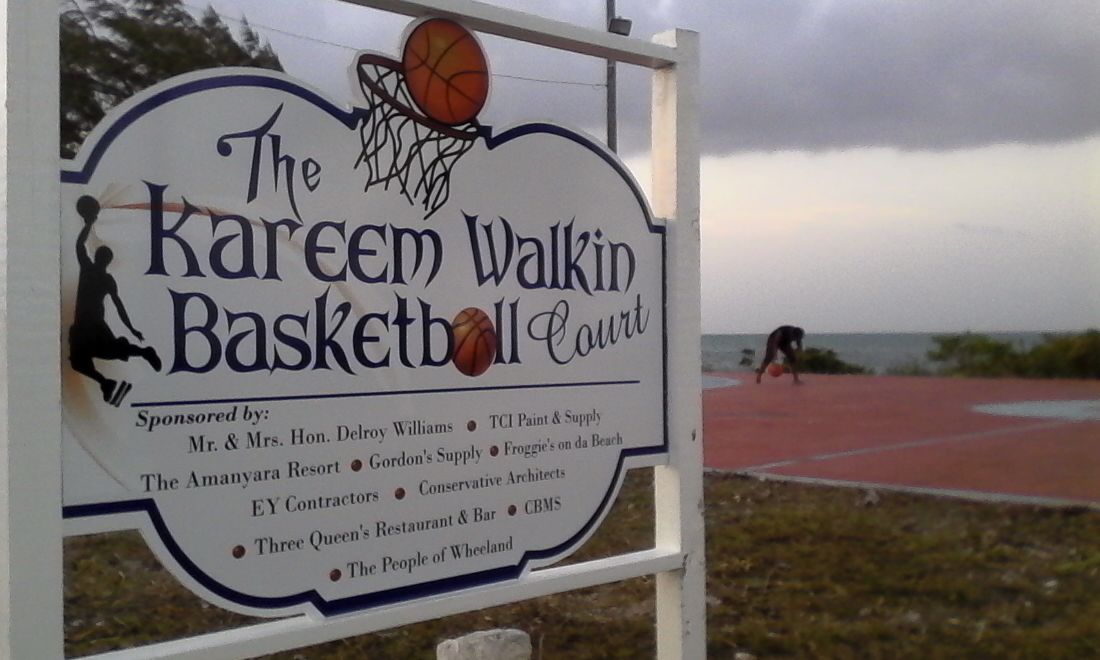 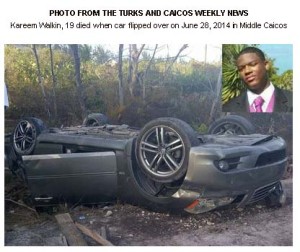 Providenciales, 18 Jul 2015 – Member of Parliament for Wheeland constituency has honoured TCI teenager and names the recently refurbished Wheeland Basketball Court in his memory; a sign with Kareem’s name emblazoned upon it now sits at the site.

It was June 2014 that the Wheeland basketball court got its finishing touches with the two NBA caliber backboards erected and the painting all done; hours later with the fun winding down at the Middle Caicos Crab Festival, Kareem, who was freshly home from university, was in a terrible accident that took his life and saw three others injured.

The vehicle overturned that fateful day; 19 year old Kareem did not make it and is said to have died instantly.

There has been no official statement on the decision to name the recreation spot in honor of the young man whom we lost on June 28; but a few residents on the court seemed impressed and pleased with the gesture by Hon. Delroy Williams, his wife and other sponsors listed on the new sign.