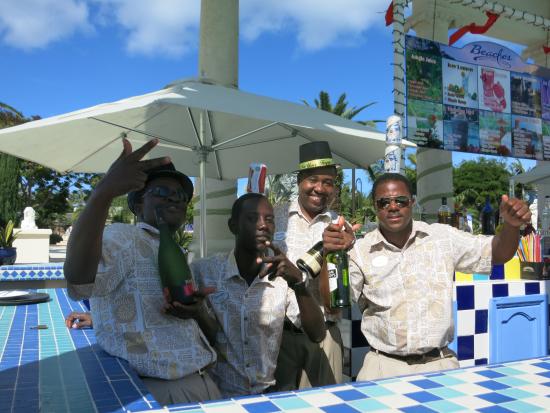 Providenciales, 03 Jun 2015 – As residents continue to argue in social media forums that foreigners are taking what should be jobs for Turks and Caicos Islanders, the Opposition PDM is promising to monitor Beaches Resort Villages and Spa. Recently the resort admitted to staff transitions through its Global Public Relations Manager, Stephen Hector, “…while we are immensely proud that much of our team have been with the group for many years, we also recognise that a some personnel will join us as well as depart as part of normal resort operations. This is not uncommon in most industries throughout the world…” While the movement was touted as no big deal by Beaches, Opposition Leader Sharlene Robinson said the PDM finds it strange that the resort which claimed to be understaffed seems to be shedding jobs.

“We were told initially that there were 23 persons, four of whom were TC Islanders, two PRC holders and the rest were guest workers who were recruited from overseas. Since receiving those figures, we are aware of additional TC Islanders who have ceased to be employed with Beaches. We accept that companies have the right to restructure or downsize but when the resort which has always claimed it has been operating on a severe shortage of staff undertakes such an exercise, we felt it important to gain a better understanding.” The PDM has met with Beaches on the matter but shared that true responsibility lies with the Labour Department and the Ministry of Border Control and Employment. During that meeting the PDM sought clarity, they say, on whether 50-70 more line staff was set to be terminated; whether the posts by Turks and Caicos Islanders will be made redundant or filled by foreign workers and whether the resort is concerned over the amount of managers let go and the climate created on property since the disengagements. Robinson said her team was informed, “that the exercise was complete and that there would be no more restructuring…”

The PDM also explained that they learned two of the leadership posts available would be filled by Turks and Caicos Islanders and that Beaches committed to more training to reduce how much labour was brought into country. It was also said, Beaches staff has been told that the restructuring is over. Beaches resort employs 1800 people.