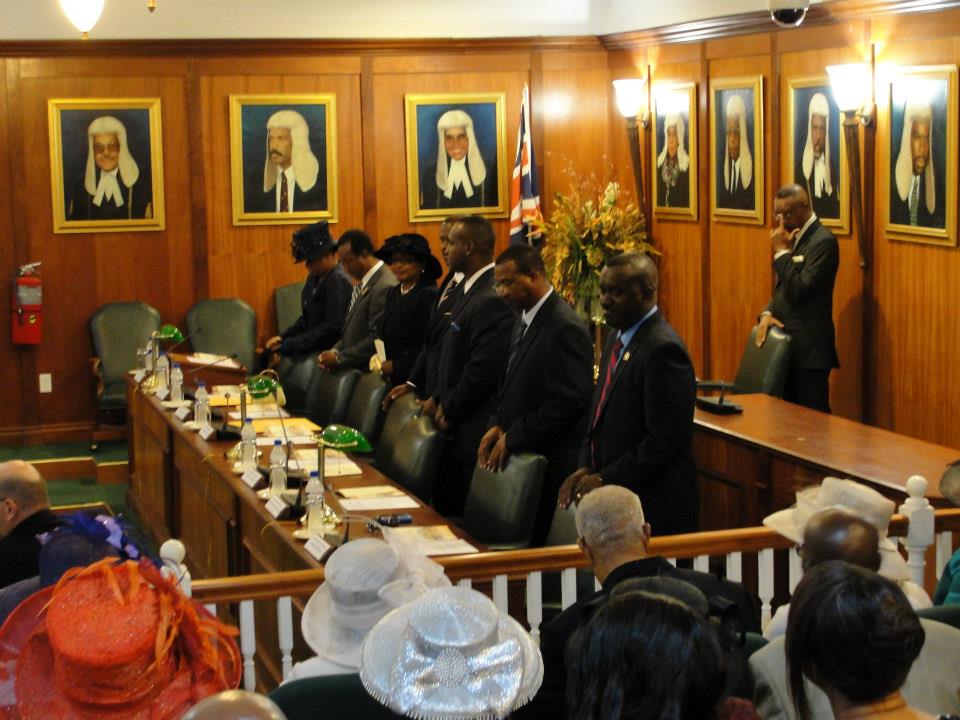 Providenciales, 30 Jun 2015 – In a recent press conference, we asked the PDM Party about startling comments made by Minister Washington Misick and how their side of the House responded to the contribution which came when a Private Members motion from their Grand Turk South MP was tabled.

Magnetic Media asked party leader Sharlene Robinson if their side of the aisle agreed with the statements.

“Wide support? We sat in awe. We were actually debating the cleanliness of the island. There is a lot to be discussed with regards to nationalities and how they enjoy their culture or participate or how they even deal among each other. That is one of the reasons why we would see in the People’s Democratic Movement Blue Print, the introduction of a multiculturalism department.”

A multi-cultural department is what the PDM leader proposes to deal with the Cosmopolitan society that is the TCI; it was said the notion could be found in the PDM 2012 Blueprint; Magnetic Media found the concept articulated, though briefly on page 24 of that Blueprint.

“We would have persons who do not respect each other and then you would also sometimes a flagrant disrespect for the dominant culture. But the People’s Democratic Movement, despite how we are painted, we are a people who are inclusive. The name ‘peoples’ in our party is not, as we would see sometimes the erroneous apostrophe ‘s’ but it is actually plural – Peoples’ – so our party leader always believed in inclusion but he also believed in respect and that line is to be drawn by us as a people. How far do people go, how far do we want them to go, how inclusive do we want to get. Do we associate ourselves in full with the Minister; we were actually blown away…”

This weekend there will be events in the Turks and Caicos to commemorate both American Independence Day – July 4th and Bahamian Independence with an Aqua fest at Club Coconut on Friday July 3rd.