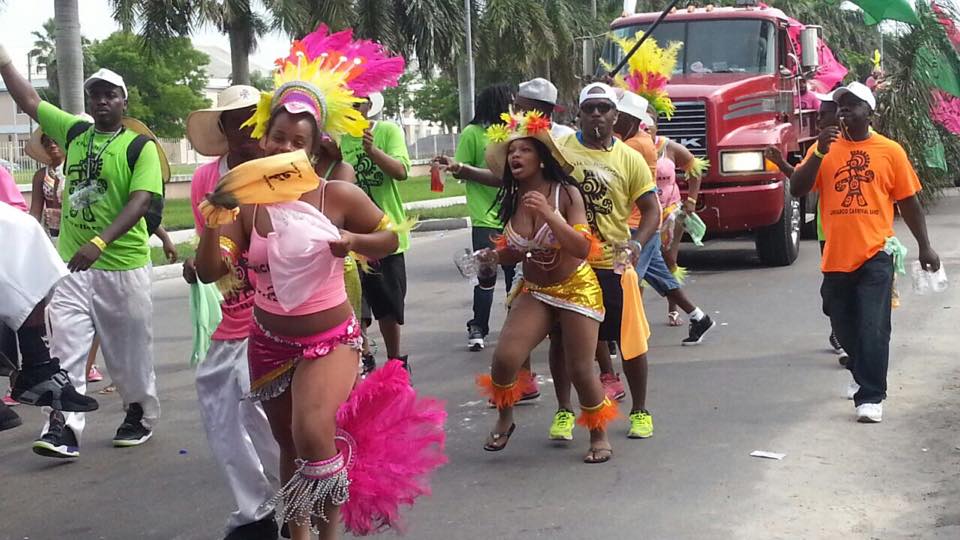 Providenciales, 12 May 2015 – When the Caribbean roll-call was done at the Bahamas Junkanoo Carnival at Clifford Park on Friday night, the Turks and Caicos was not left out and Turks and Caicos Islanders there were not quiet either… big screams to show the nation’s attendance at the inaugural event which saw tens of thousands convene for concerts, culture, costuming and yes Junkanoo. The Prime Minister, Perry Christie, who faced scathing criticism for being brainchild of the events which seemed to undermine the Bahamas’ Junkanoo parade said he felt “vindicated.”

Undoubtedly the star-studded concerts on both islands were a spectacular array of Bahamian and Caribbean finery including T-Connection and Jay Mitchell in Grand Bahama and Ronnie Butler and Baha Men of The Bahamas wowing audiences to Allyson Hinds, Iwer George and Machel Montano representing superbly from the nations of Trinidad and Tobago and Barbados… the fans went wild, not quitting the festivities until well past 5am in Nassau. However, the jury is still out on whether the first event which was announced to use $9 million for marketing and event organization, has lived up to its financial forecast. Paul Major, Chairman of the Bahamas National Festival Commission expressed Thursday that the Junkanoo Carnival would see $60 million pumped into the Bahamian economy.