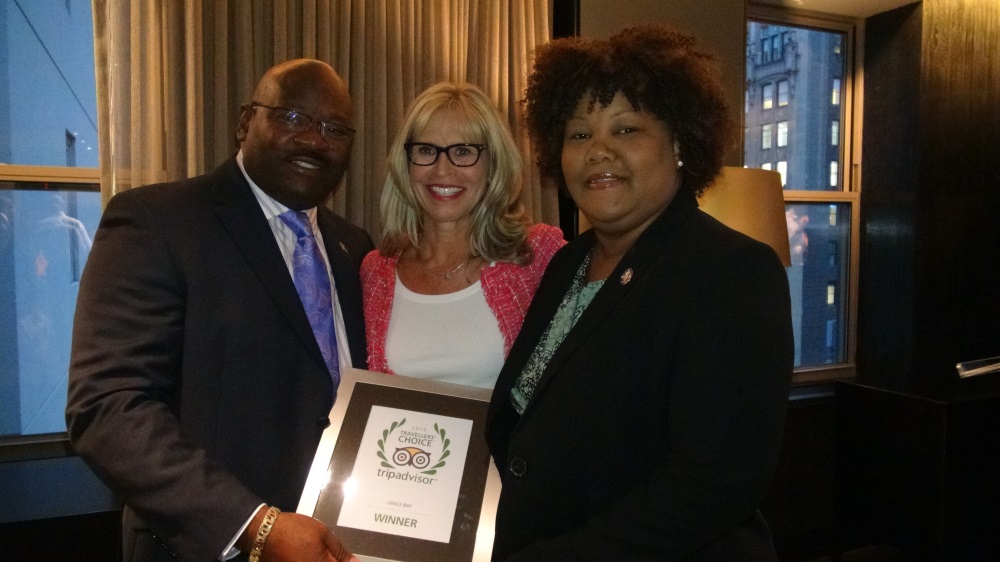 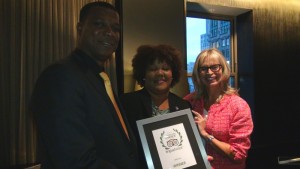 Providenciales, 22 May 2015 – It was by far the most jam packed venue so far has been the New York stop in the premier’s Sales & Investment Blitz of six US cities and again the Turks and Caicos made history last night being the first to host an event on the roof top at the Knickerbocker Hotel in Times Square. Nikheel Advani of the TCHTA’s & Grace Bay Club guided the event which had an element of surprise; Trip Advisor was there and with the recently won awards for the Turks and Caicos which were presented to both Premier Rufus Ewing and Tourism Minister, Prosha Smith.

“Its an extreme pleasure to be here to present four Traveller’s Choice Awards to Turks and Caicos (applause).”

Carol Johnson is the Destination Sales Manager for the Caribbean & Latin America for Trip Advisor and has known of the TCI for a long time she admitted and explained that rewarding the destination with the world’s #1 island was all the doing of travellers who voted and it was no wonder as the TCI managed to secure four major prizes from Trip Advisor for 2015.

The Premier’s Sales Blitz is en route to Boston today for the finale showcase.