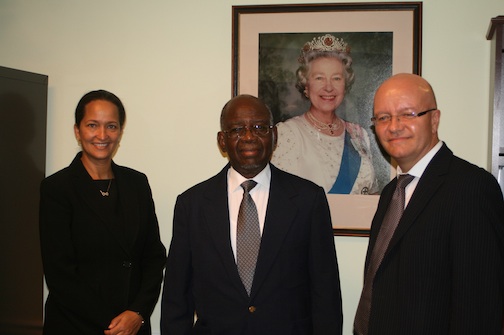 Providenciales, 13 May 2015 – The Attorney General’s Chambers of the TCI defended Justice Paul Harrison of Jamaica using his reputation as evidence that he can indeed hear the matter of the eight defendants represented by F Chambers Law firm without prejudice. Initially the Privy Council wanted to give a decision later, but there was some pressure by the Attorney General’s due to a string of cases coming later this month and during July, where knowing Harrison’s role in the upcoming trials is critical. Among those is an appeal to the ruling that Justice Harrison is not too old, constitutionally, to hear the trials. Making the decision to dismiss were: Lord Neuberger, Lady Hale, Lord Mance, Lord Kerr, Lord Reed, Lord Hughes and Lord Toulson.