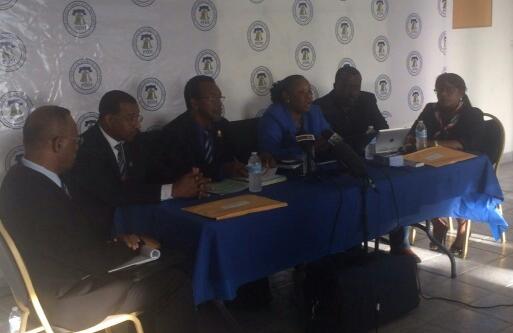 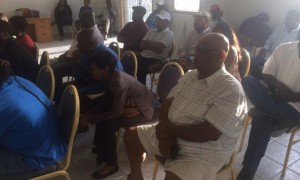 Providenciales, 05 May 2015 – While the PNP Administration continues to resist reports that it is re-election mode; the Opposition party, PDM unabashedly unveiled that a series of public meetings by the party will begin this month. Billboards will go up for its upcoming convention celebrating 40 years and Grand Turk will see the return of the PDM National Convention, promised by the opposition leader in a media conference last night, Hon Sharlene Robinson, to be delivered in grand style.

“Thursday evening there will be a candle light vigil at the National Heroes Memorial Park; on Friday night June 5th we will have the Legends Ball where we will honor those early Freedom fighters and frontline persons in the Junkanoo Club incident; on Saturday June 6th there will be party business all day with elections of all party officers.”

Mature, stable, strong government is what Party leader for the PDM offered to the electorate as we approach an election year and in order to get that kind of governance, Robinson said the voters have to give them the majority of seats.

“After these difficult two and a half years the people of this country are tired and are calling for a change; they have called on us the PDM to govern and we say to the people of this country that we are ready willing and able and agree that it is time for a change, however central to this change is a vote for a change it cannot simply be willed into existence. Our people must vote PDM if it wants a PDM government.”
On the actual day of the famous, Junkanoo Club incident on June 6, the party will hold all day meetings and that evening there will be a street party in Grand Turk, also described as the island of the party’s birth. “Tomorrow at 11am at our Party’s headquarters in Grand Turk we will unveil the convention billboard which will be erected roadside and we will also be holding the first of a series of public meetings in Grand Turk on the grounds of the party headquarters at 7:30pom.

The PDM 40th Anniversary National Convention will be held June 4-7 under the theme: ‘One People, One Destiny, One Movement.’