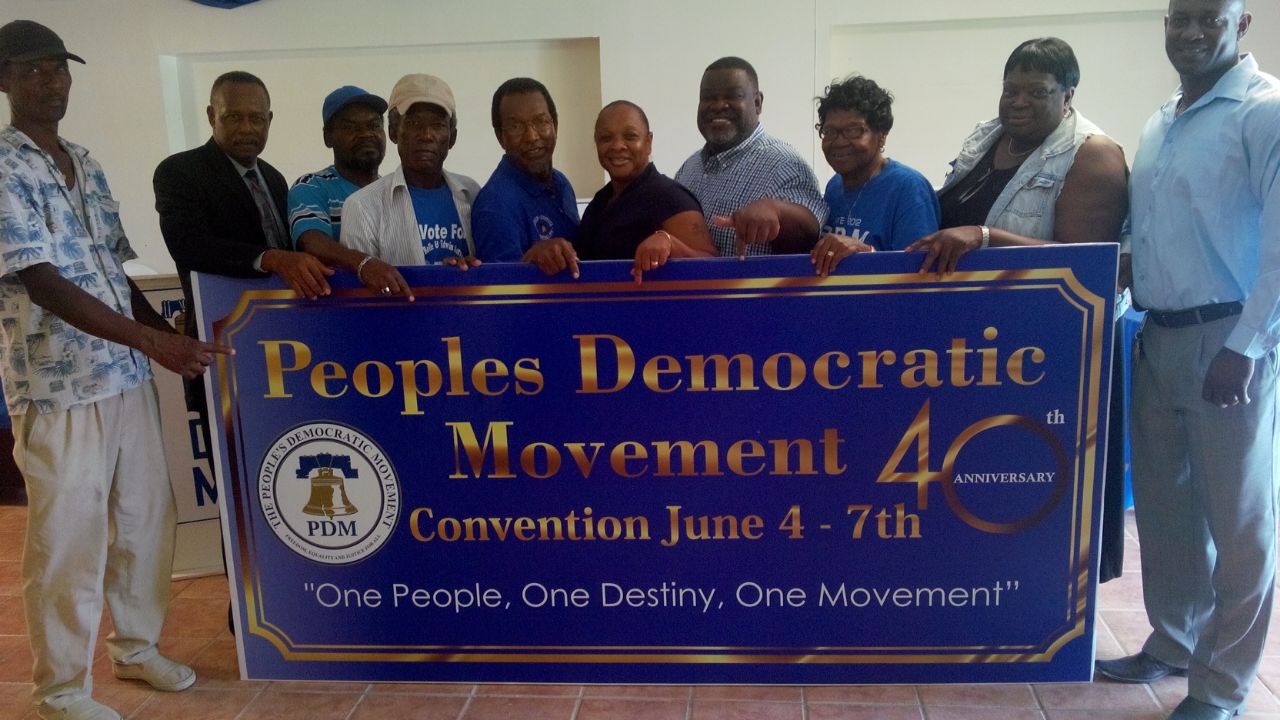 Providenciales, 06 May 2015 – The PDM party will rebrand itself ahead of the 2016 General Elections according to leader of the Party, they plan to bring a younger feel to the People’s Democratic Movement.
“We intend to have a rebranding of the party with the youth playing a greater part in doing that. Whilst we stand on our record, we have a very good record, a very good track record from our first leader through, we know that we have a number of persons who cannot connect, even with our past but the one thing that is consistent is the representation. That we will certainly not be re-branding but we will be presenting in a ‘youthier’ way.”

Media questioned the Opposition on what it feels is its biggest challenge.

“Our biggest challenge is that people believe that we are the government and they have been calling on us to govern when in fact we do not have the power or the authority to do so. I quoted (earlier) a former Premier who said ‘the Opposition will have its say and the Government will have its way’ and that is the truth because the Opposition can only speak to issues because the executive authority is vested in the government and so that is certainly the biggest challenge for this team and that they’ve been calling on the Opposition to do more.”

As for whether they suspect a date elections will be called and if the PDM feels ready for an election whenever it is called there was this.

“Is our machinery getting ready? Well yes. Our machinery has to stay in a readies position, and there are things that we will do to make ourselves even more ready but we are anticipating… let’s put it this way, whenever elections is called we will be ready.”

Leader of the PDM, Hon Sharlene Robinson also explained that there will be some new faces when a full slate of candidates for the PDM is announced in 2016.