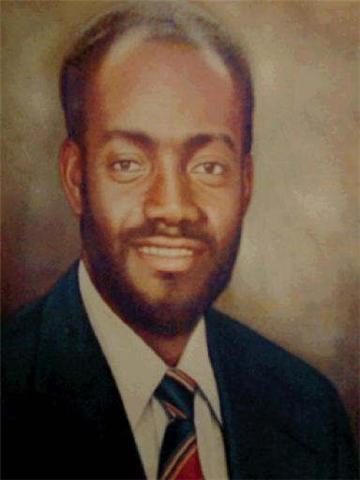 Providenciales, 05 May 2015 – A moment of silence held yesterday for James Alexander George Smith McCartney, the first Chief Minister of the TCI by the party he helped to found in 1975; the People’s Democratic Movement.
“On Saturday May 9th, would mark the 35th anniversary of the death of the country’s first Chief Minister and only named National Hero, our Party’s first leader, the Hon James Alexander George Smith McCartney. On May 9th 1980, the news of his untimely demise sent shockwaves throughout these islands and the region as he was currently the youngest Caribbean leader at the time. So we’re going to ask you to just inconvenience yourself a bit, as we stand and observe a moment of silence in memory of our Party’s first leader.”

That was PDM Leader, Hon Sharlene Robinson, speaking at the PDM headquarters yesterday evening. After this upcoming National Heroes Day on May 25, JAGS McCartney will be referred to as the ‘Right Excellent’; this was announced by the newly commissioned National Honors and Awards Committee, which is right now accepting nominations for seven different National Awards. Nomination booklets are available in all islands at public places, including clinics and some banks. Deadline for entries is June 30, 2015.