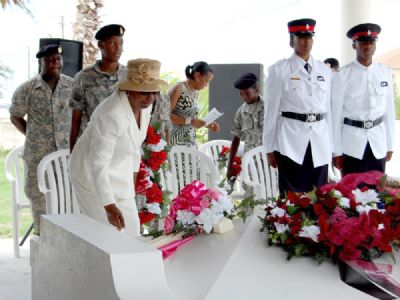 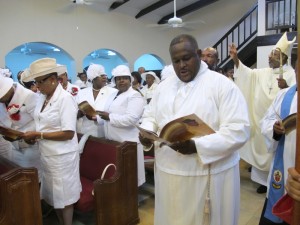 Providenciales, 12 May 2015 – An official invitation has gone out now for the National Heroes Day memorial service to be held at National Memorial Park in Grand Turk to honor the one national hero, first Chief Minister, the late James Alexander George Smith McCartney. The invite comes from National Honours and Awards Committee and will feature remarks by country leaders with the key note address coming from Fr. Bernard Been of the St. Monica Anglican Church. Following this ceremony, where the theme is: “Claiming our Heritage, Living a Legacy” the nation is admonished to refer to JAGS as the Most Excellent JAGS. The reference is tied to new National Honors prizes adapted and established by law under the Rufus Ewing led PNP Administration. This weekend on May 9th marked 35 years since the death of JAGS, in a plane crash in New Jersey. Last Monday, the party he helped to establish, the PDM remembered the dynamic leader in a moment of silence.