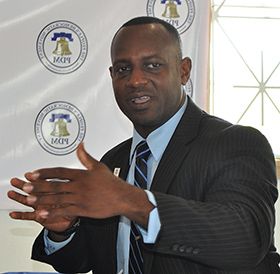 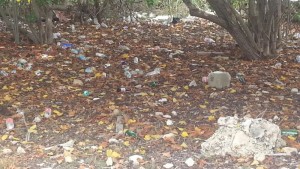 Providenciales, 28 May 2015 – One of the most riveting presentations in the House of Assembly during the last sitting was a Private Members’ Motion brought by Grand Turk South and Salt Cay member, Hon Edwin Astwood. It sparked a vivacious debate on how the Turks and Caicos can create and maintain a culture of clean.

“Now Mr. Speaker we have to ask ourselves what we are doing here in the Turks and Caicos Islands. Can we afford to remain dirty? Like the saying, and some people say ‘beautiful by nature, but dirty by choice’ can we afford for those words to be echoing out of our citizens and from people who come here? Mr. Speaker we have a cruise ship industry and 95% of our tourists are spent on the road driving around each and every day, our tourists are not in the hotels, they are on our streets and yet the state of the roads is a debate for another time – but one of the main complaints, when you talk to any of the taxi drivers, one of the main complaints about Grand Turk is the state and the amount of garbage they see.”

Astwood called for a campaign or strategy which he believes will bring multiple benefits including preserving tourism, reducing the likelihood of diseases, protection for ecosystems and a general awakening so islanders are not comfortable with garbage, but rather appalled by it and he wants to see enforcers go the distance to punish those breaking anti-littering laws.

“And Mr. Speaker some countries discourage littering through a variety of methods, one of which is to create and enforce criminal penalties and punish unwanted behavior while some countries have some types of littering laws penalties vary widely based on the amount and type of litter, the location of where the litter is found and some countries the volume and weight of the litter determines the severity of the crime.”