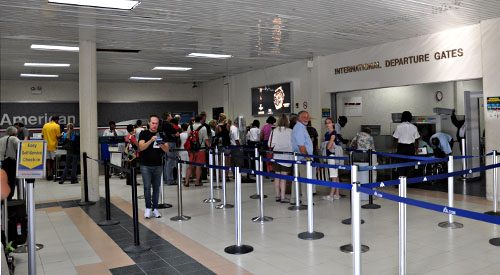 Providenciales, 16 Mar 2015 – Delays reported by the Turks and Caicos Islands Airports Authority after the black out of Blue Hills and Down Town on Saturday. FortisTCI explained that a traffic accident caused the power outage and at the airport there was reportedly a level of chaos. It was explained that though the backup power supply continued power to the air navigation service, security screening of passengers and baggage, and the universal passenger check-in system; there were delays. TCIAA CEO, John Smith described the delays as moderate. The power outage lasted nearly two hours.