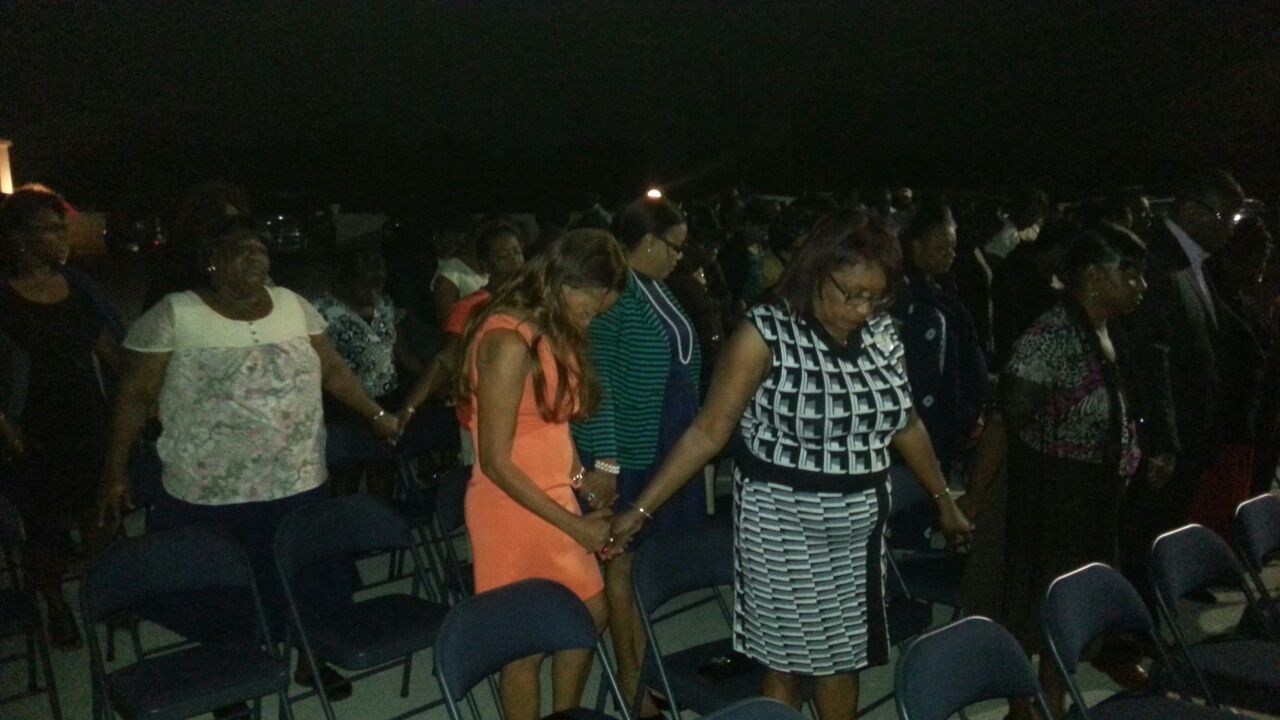 Providenciales, 05 Mar 2015 – A team of spiritual leaders and residents set up outdoors at Paradise Baptist Church for a prayer service for Five Cays Member of Parliament Hon Sean Astwood; Astwood is in hospital in Nassau.
“We came tonight to stand proxy for him (Sean Astwood)… God said tomake your desires known to Him…”
Opposition Leader, Hon Sharlene Roibinson said she had just returned from visiting Doctors Hospital and reported soberly that her party’s deputy leader is “progressing.” It is believed Astwood, who is in his 40s, suffered a stroke; he was taken from Provo by air ambulance on Saturday past in extreme pain.