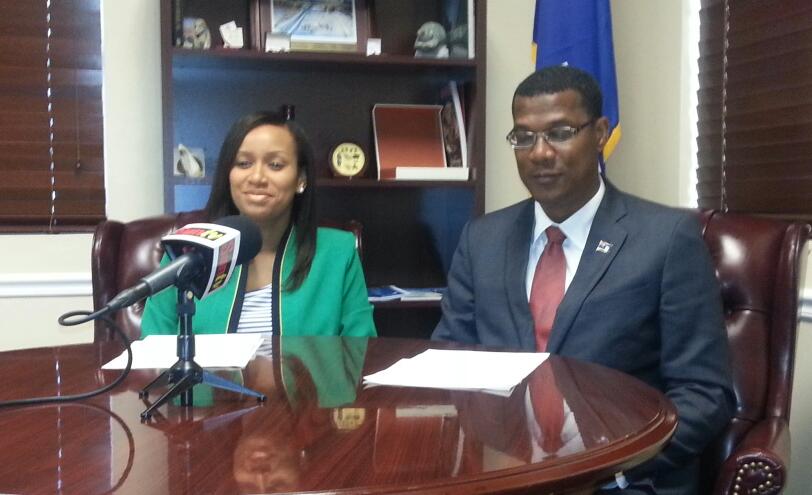 Providenciales, 12 Mar 2015 – There were no exact figures given on how many in the public sector will see their salary impacted by the Pay and Grade Review, but Premier Rufus Ewing and Deputy Governor, Anya Williams said it will be ‘many.’ As a prelude to a first set of meetings to be held here in Provo and then in Grand Turk with the employees in the Civil Service, media was given opportunity to question the duo on the changes; a process which started in 2012 and which may continue into the next couple of years as the review and revamp is fine tuned.

Premier Rufus Ewing said while not everyone will see an increase in their salaries, no one will see a decrease either; both leaders adding that it is not just about raising pay but improving the physical work environment. A ‘well paid’ Civil Service is what the former head of the Civil Service Association explained is the aim. The range of increase in pay is 21% to 67% with those working in Education getting the largest leaps; fire officers are also seeing a big boost of around 60%. Government has allotted $9 million dollars to this recurrent TCIG expense; another quarter of a million dollars is pegged for education and training opportunities.