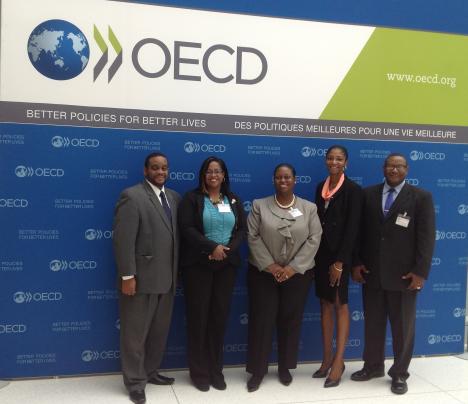 Providenciales, 24 Mar 2015 – The trial involving Athenee Harvey, suspended Permanent Secretary of Finance should have started yesterday in the Provo Supreme Court, but the trial has been delayed to July and shifted to the Capital, Grand Turk. There is a lot at stake for Harvey who is on trial for allegedly abusing her authority as the PS for Finance when she reportedly refused to pay customs duty on purchases made abroad. Harvey, who has been at the Ministry of Finance for ten years and had been PS of Finance for two years, is facing two counts of violating the integrity commission ordinance in a matter stemming from an incident at the Cruise Center since August last year.