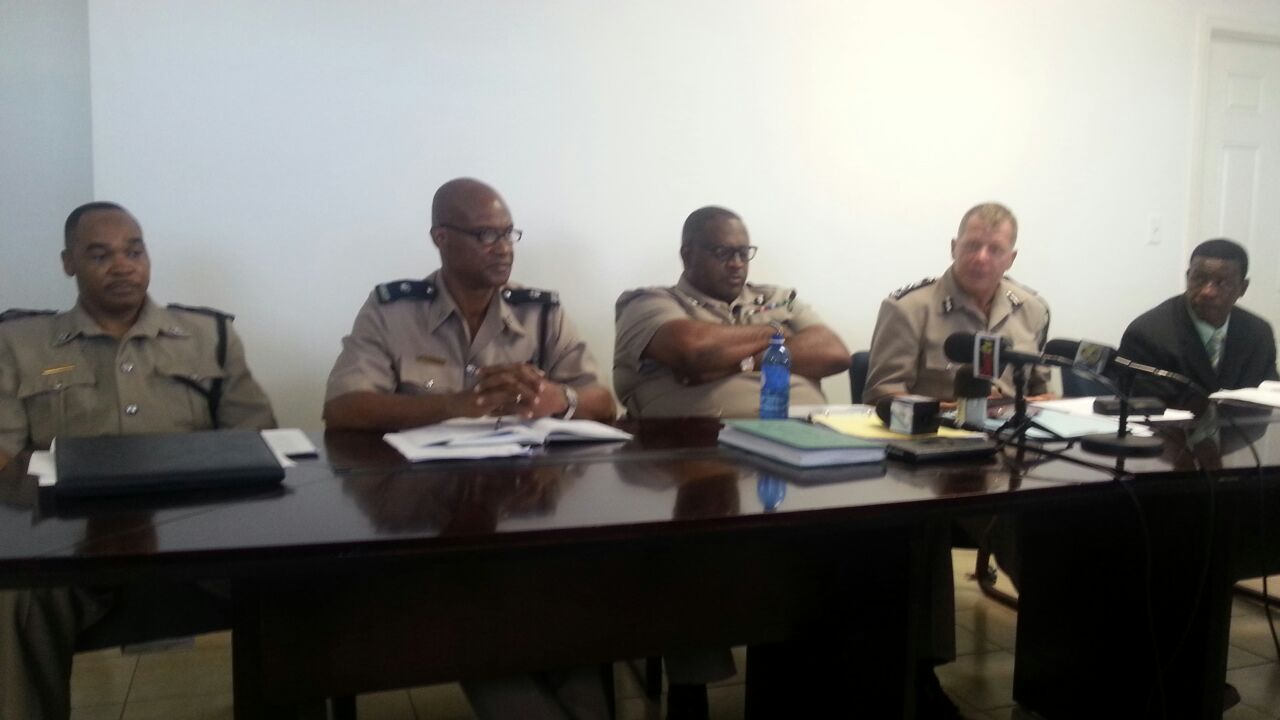 Providenciales, 18 Mar 2015 – The Year 2014 Shows a slight reduction in crime and a lower detection rate by Police. However, it was disturbing though not surprising to learn that there has been an incredible spike in crimes against tourists over three years.

The year 2012 showed 23 crimes against guests; a big leap of 113 in 2013 and another climb with 168 cases recorded for last year against our visitors.

Theses are figures released today for the past two years by the executive of the Royal Turks and Caicos Islands Police Force.

Last year 3,247 crimes were recorded. The average rate of crime announced as nine per day in 2014. Detection was at 24%.

In 2013 the rate was the same with a 28% detection record which ASP Rodney Adams described as good when compared internationally.

There was a decrease in firearms cases and robberies remained the same at 79.

As for the status of the two police jeeps involved in last week’s speed chase ending on Leeward Highway; one is repairable, the other a write off.