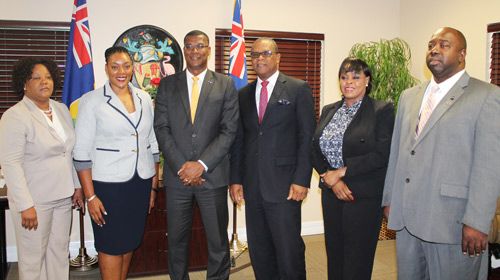 Providenciales, 23 Mar 2015 – In one afternoon, the government issued notices which will on the one hand save businesses 50% on their license fees at the start of the new fiscal year… but on the other hand, authorized the increase on the cost of work permits by over 100% in some cases. The TCIG Press Office explained the savings on licenses and that payments are due by April 30th for business licenses and the Gazette tells the story of the second huge percentage leap in work permit fees in as little as four years. The higher cost of work permit fees is already welcomed news for some, for others who recognize the sometimes limited skill pool within the territory view the huge hikes as another stumbling block to doing business in the country.

It is worth noting that the unskilled work permits have seen the smallest increases, while the higher skilled or professional permits have more than doubled in many cases. This newest announcement is just eight days from taking effect and is one of at least two other increases in the cost of doing business. Also recently announced, that NIB can tax more of one’s income due to a raised wage ceiling which takes effect on April 1st and minimum wage is raised by 25% to $6.25 per hour; this too comes into effect on April 1st.