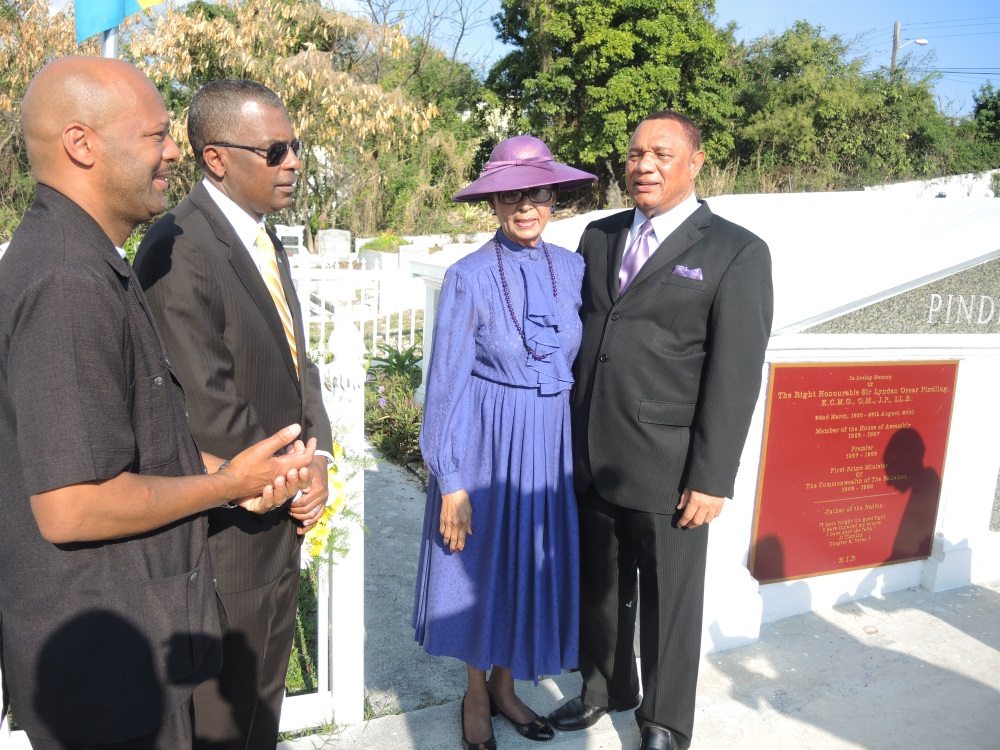 “For the last fifteen birthdays, I have been laying a wreath at my husband’s mausoleum just to say ‘happy birthday’ and to thank him for all he has done for me and my family and for the people of The Bahamas.” These were the reflections of Governor General and widow of the father of the nation Dame Marguerite Pindling as she laid a wreath at Sir Lynden’s mausoleum on Sunday, 22nd March 2015 – the day that would have marked his eighty-fifth birthday.

The Governor General is pictured next to the wreath as she reflected on the life of Sir Lynden.

Also marking the occasion from left is the State Minister for National Security, Senator the Hon. Keith Bell; Minister of Foreign Affairs and Immigration, Hon. Fred Mitchell; the Governor General and Bahamas Prime Minister the Rt. Hon. Perry Gladstone Christie who posed for a group photo after the short ceremony.