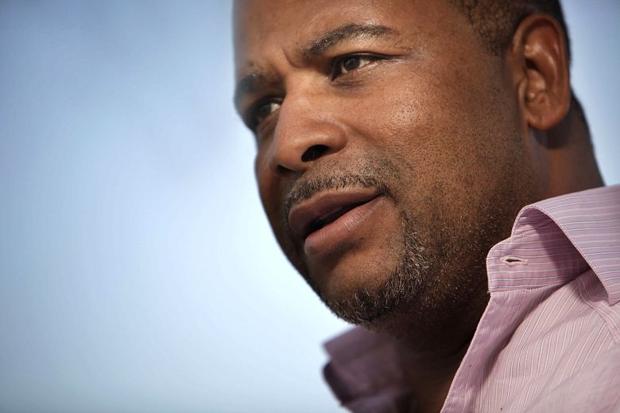 Providenciales, 19 Feb 2015 – He told me we can consider this his re-entry into front line politics and confirmed that when the Progressive National Party holds its convention in April; he will offer for the post of Chairman. Michael Eugene Misick, yesterday during a talk show with former House Member, Royal Robinson announced that he will run for PNP Chairman and used the on air opportunity to also clear the air about joining former Chief Minister Oswald Skippings in his newly formed – Progressive Democratic Alliance – party. Mr. Misick who is a former PNP Leader and former Premier of the country said his party needs direction; his words exactly: “It is my intention to seek the Chairmanship of the PNP to help the party to ensure that the Government carries out the party’s agenda and the Party Manifesto promises. My intention is to help my party to fulfill its promise and to prepare it for the next elections. I believe that some of the directions of government is not in the people’s interest or the party’s interest and it’s important for the party to be put back on track with its core values of progress and the empowering of all our people.” Michael Misick said it’s time for the government to follow the PNP party agenda and not the British Government Agenda.”

Magnetic Media asked him about comments that he is a PNP to the bone; he confirmed that comment to be true explaining that no way would he ditch the PNP for a new party, as the Progressive National Party is a political engine his late father helped to establish. What Michael Misick, who once represented his hometown of Bottle Creek, North Caicos did say was that he does share the same kind of passion to stand up for Turks and Caicos Islanders as Skippings does. Last month, Oswald Skippings revealed a defection from the Opposition PDM party. As an arduous former leader of the PNP though, I asked Mr. Misick if this role of Chairman would be enough for his appetite and if it is constitutionally permitted for the PNP. His reply; yes it is permissible and that it is a sacrifice he is willing to make. “Well the chairman has a very important role. That is in the the day to day running of the party. It’s even more important when the party is in government.” General Elections for the Turks and Caicos are slated for next year, 2016.