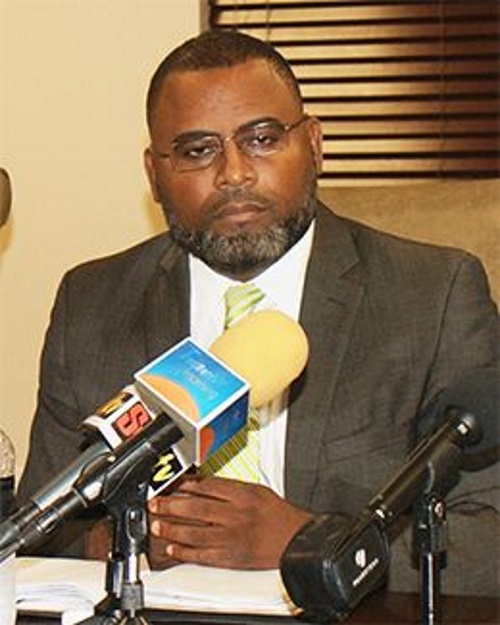 Providenciales, 18 Feb 2015 – It is not mandatory or even law, but the Minister of Border Control and Labour said he hopes inter island airline companies and ferry services will beef up identification checks with the landing of the illegal Haitian boat yesterday. During a media debriefing held late Tuesday, Hon Gardiner shared that anything to discourage movement of the illegals is applauded and helpful to government. After posting the story to social and mobile media, comments centered largely on the entire landing being a set up to sneak in cheap labour. It had been said the engine of the boat was removed; that conveyed to officials a level of planning and expectation for the vessel.

While the Minister did not expound on the theory; there was a clear indication that his team is thinking similarly. Immigration and Police officers are working together according to Hon Donhue Gardiner to capture the illegal migrants on the loose; public help is encouraged with calls into Crime Stoppers. It was actually residents of Five Cays who alerted authorities of the illegal boat.