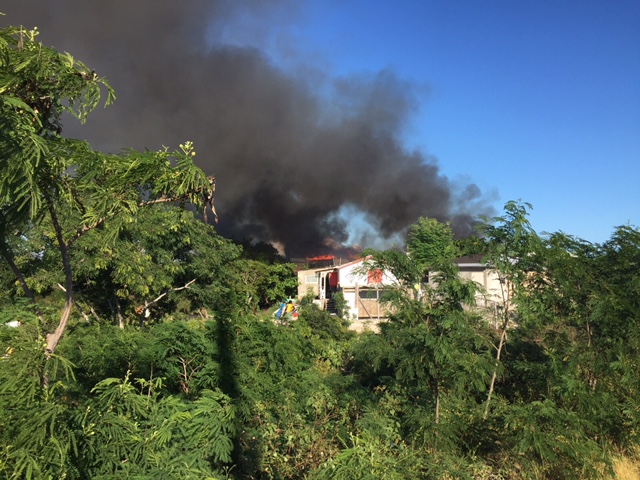 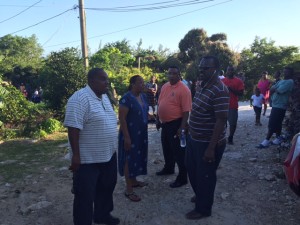 Providenciales, 14 Jan 2016 – Many homes have been devoured by a late day fire in Five Cays.

The blaze broke out just behind the primary school in an area known to be filled with shanty styled homes mostly populated by the migrant Haitian community.

Fire Trucks and Police were at the scene but reports reaching Magnetic Media are that the trucks ran out of water trying to extinguish the late day blaze, which some say has also proven difficult to reach with those fire hoses.

There are no reports of injuries, but many have lost everything in the fire which apparently engulfed nearly two dozen homes.

That fire is still smouldering and in parts even re-kindling near one of the homes where the roof was completely destroyed.

Reports are there are not enough trucks to put out the fire; the Fire Dept has reportedly made as many as four trips so far.

Work continues at the scene which is cordoned off and being monitored by police.