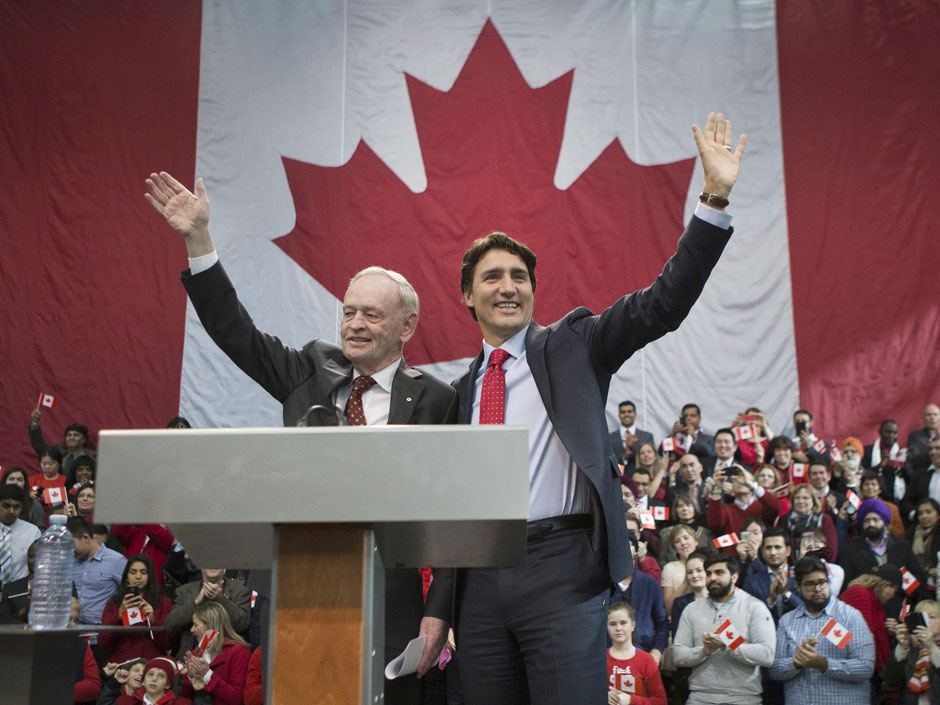 Providenciales, 16 Feb 2015 – It is the 50th anniversary of the Canadian Flag… and while the design of the maple leaf is now a celebrated and iconic symbol for our friends north… today, those who were in Parliament when the vote was had for the final design reflected on the challenge to get that maple leaf, red and white design passed. Today, as Canada marked that 50th anniversary the 20th Prime Minister of Canada, John Chretien addressed an energetic, patriotic group of Canadians holding replicas of that flag… and he spoke: “You know, because it was very cold on parliament Hill, our hearts were very warm with pride as the new Canadian flag was raised for the first time. (CHEERING/APPLAUSE) I was there with my three colleagues; we were there for a very difficult debate that lasted for months. I was there when at the end of the vote, when those who had voted for the flag got up to sing Oh Canada, unfortunately they were booed… but politics creates changes, sometimes for the better, sometimes not for the better but that is democracy and democracy is there when we need it.”