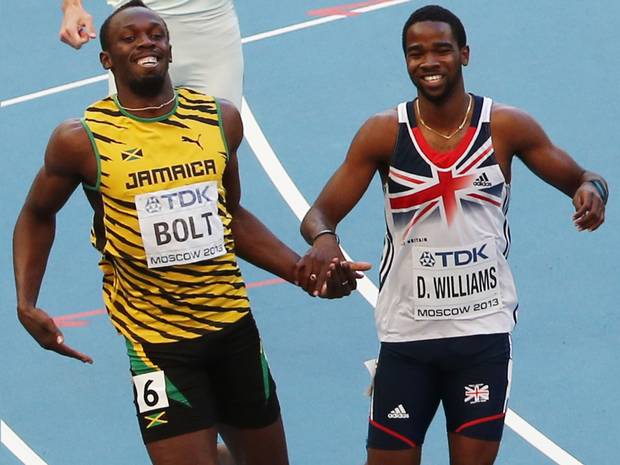 Providenciales, 02 Feb 2015 – Impressive news out of Jamaica for Grand Turk born and Turks and Caicos Islander, Delano Williams who in the 400m at the Queens/Grace Jackson track meet smashed a seven year old record held by Usain Bolt; the world’s fastest man. Williams was first in that event with in 46:20; shaving considerable time off of Bolt’s 46:94. It was reported as a season opening event for Delano, who last year at home here in the TCI established his Delano Williams Foundation which was responsible, through Nike for outfitting the country’s entire track and field team in time for the Carifta Games. Delano represents Great Britain officially at international sporting events.