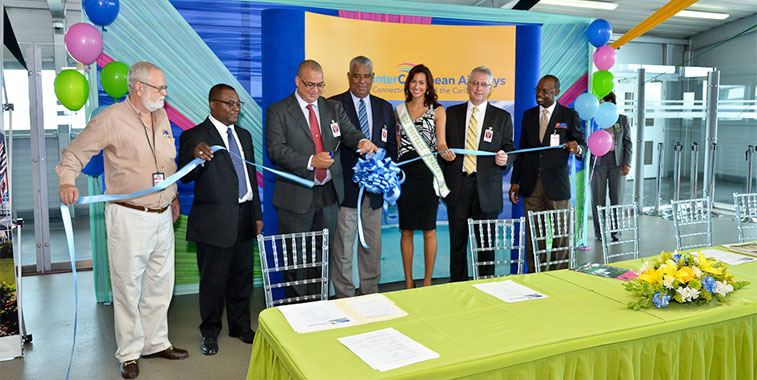 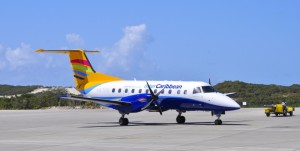 Providenciales, 11 Feb 2015 – No longer an air carrier with one pilot, one plane and the accountant who was also the baggage handler – all in the person of Lyndon Gardiner. Now, InterCaribbean airways has a fleet of 10 aircraft, 31 captains, first officers and flight attendants and 45 ground support and administrative staff in five Caribbean countries; namely: The Bahamas, Jamaica, Haiti, Dominican Republic and its hub in the Turks and Caicos.

This is the report as the company celebrates 22 years in operation. General Manager of the once InterIsland… then Air Turks and Caicos and now InterCaribbean Airways said the company has marked some great moments over the two and some decades including being the first Turks & Caicos airline to operate its own equipment into the United States and Territories, being the first airline to be allowed to operate domestic flights in Jamaica in 50 years of Jamaican independence, being presented in 2014 the Invest Caribbean 2014 Visionary Award and now with launched flights between Kingston, Jamaica and Santo Domingo, Dominican Republic; Kingston, Jamaica and Port au Prince, Haiti and launched flights between Puerto Plata, Dominican Republic and San Juan, Puerto Rico.

On the local scene, InterCaribbean has also upped flights into South Caicos to twice a day. Trevor Sadler said to celebrate the milestone, the company is offering a discount on air travel. A $22 voucher is available when you sign up for it online. You type in ’22YEARS’ – all caps and you have until this Friday February 13th to do it to capitalize on the anniversary savings. The company last month introduced a rewards program, called Cacique Rewards.