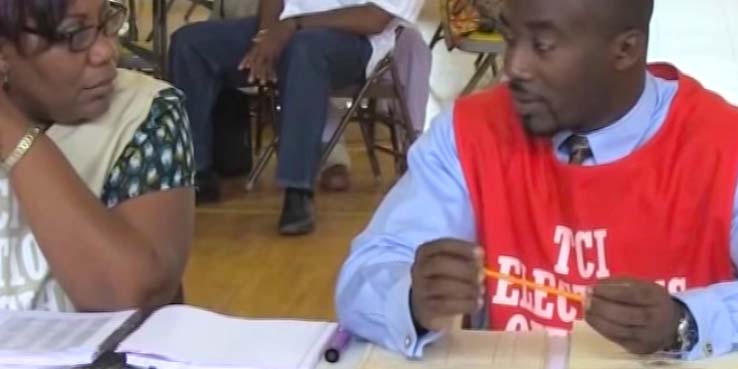 Providenciales, 15 Jan 2015 – If any early General Election were called in the Turks and Caicos Islands; no one registered after November 2014 would be able to vote. In speaking to the elections Supervisor today, Dudley Lewis he expressed tremendous concern that young people are not registering and he fears that if there is a snap election, many people would be disappointed as they would be unable to be a part of selecting their government.

The last information released to media from the Elections office revealed that roughly, only 70% of Islanders who are eligible to vote are registered – Mr. Lewis told us he also believes statistics will bear out that males and females are about even on who is not yet registered. Seven thousand two hundred and forty seven (7,247) is the figure on the current list; and when we looked into what may be behind the delay of younger Turks and Caicos Islanders registering to vote, it could have a lot to do with the cumbersome nature of the process. T

he Belonger Status card is mandatory; the cost of it is $50 and there are likely other costs associated with the card as documentation has to be provided in order to qualify for the Belonger Status Card which was introduced for the first time in the 2012 General Elections. On a Human Rights level, there are supposed to be no tedious processes hindering a citizen from exercising the right to vote; for some the cumbersome and perhaps costliness of getting a voter’s card could be seen as a violation of their constitutional right.