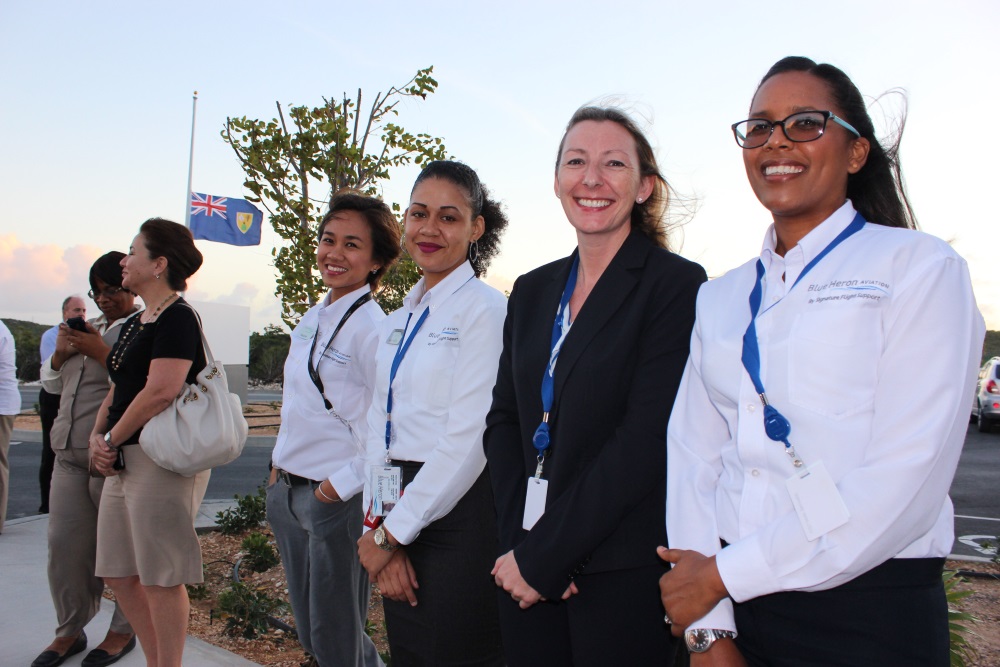 Providenciales, 13 Jan 2015 – It was an impressive unveiling at the new FBO or private airport adjacent the Provo International Airport last night. Written on the faces of those attending the late day ribbon cutting ceremony was delight and approval which let tourism, business, police, civic and government leaders in for a tour of the fixed based operation which opened in November. The country’s leader and Tourism Minister, Hon Dr Rufus Ewing said he believes the addition of Blue Heron Aviation will help the Turks and Caicos to go from number three in the region for private air arrivals to number one.

Louis Jennings, General Manager of Blue Heron and overseer of the 21 staff and 6,200 square feet of building space said the plan has always been to add to the luxury image of the TCI… his team he explained is the face of continuing that high standard. The FBO, financed by millions raised locally and which is a Signature Flight Support project, can accommodate as many as 40 medium to large corporate and private aircraft on the 12-acre tarmac. It also shows off a new side of Five Cays; taking visitors along a winding road just off South Dock road adjacent to CBMS, with a now cleaned up wetlands exposed.