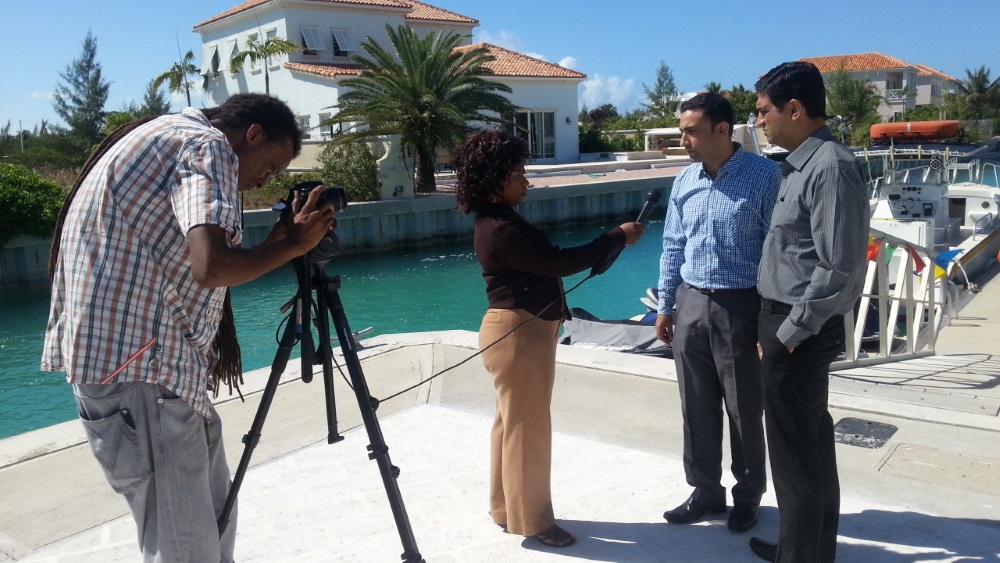 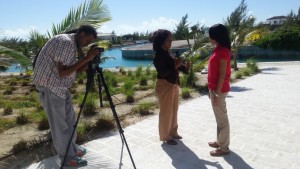 Providenciales, 08 Jan 2015 – One of the biggest announcements of 2014 was the departure of E Jay Saunders from DigicelTCI as its CEO. Saunders, who is now gravitating toward inventions has actually created something many of the premier technology companies believe the world wants and needs. Magnetic Media is still being asked to hold product confidentiality; but recently we spoke to some of the team Saunders brought in to work on creating his new invention which included an engineer from Intuit, an artificial intelligence team out of India; a mobile app specialist from the US and Sales & Marketing by Greg Ketter, no stranger to TCI among others. Here was their take on the idea:

“Well I think the next big thing is gonna happen here in the TCI in terms of technology. We’re gonna do this the old fashion way, it’s gonna be kinda like a slow cooker. A slow consistent ascent built on technology and brilliance, Mr. Saunders is our captain and he has brought together a dream team if you will…” Greg Ketter, Sales and Marketing.

“The good news is a set of rapid development deployment so when you are a small company or even a large company, you can build things a lot quicker than your traditional ‘oh hey I have to go work with IT and it’s gonna take me six months to deploy something. With us it’s gonna take six days. For us we want to be in business with smart people, E Jay is a smart guy and he has proved that with his work with Digicel,” Michael O’Connor, Senior Account Manager for Intuit QuickBase.

“I am here meeting with E Jay for a new app that he wants to build, working with artificial intelligence bringing in a lot of different web applications to better humanity,” Brittany Glover, UI Engineer – Raleigh, North Carolina.

Enliven Technologies: “In fact that is what the masses want and it is missing as of now. That is what we are looking at, catering to the masses. And so we are catering to it, we want to come up with a solution for the masses so that the issue can be resolved and they can use the application and the product.”

“Yes, yes it does. It does have true potential not only because of their experience, but because personally, it seems that we are all caring and we all want to do a good job.”