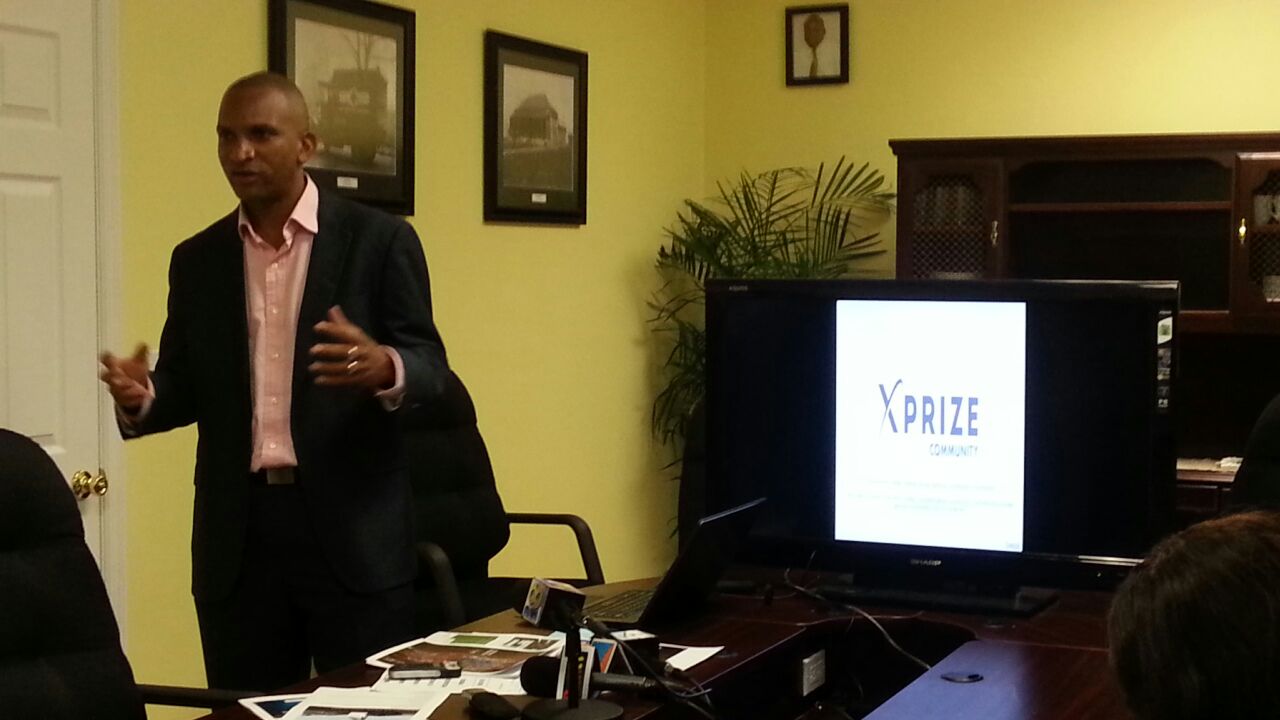 Providenciales, Sept. 22,2014 – Before he unveils his new professional move, we got to see his philanthropic one… and it is global in scale. For the first time, the world is recognizing a Turks and Caicos Islander for science and innovation… and that individual is soon to be resigned as CEO of Digicel, E Jay Saunders.

E Jay has been named one of the XPrize Vanguards… one of 400 inventors worldwide who are commissioned to promote and amass teams that will take on the challenge of eradicating illiteracy across the planet. It is a challenge which will pay the winning team $15 million dollars… and with a small sampling of educators in the room at the NHIB office this morning, E Jay shared that he wants to build a Turks and Caicos or Caribbean Team to attempt the challenge.

The Team would have to come up with a device to teach children educational fundamentals without the presence of a teacher. Seen as a need because there are said to be 57 million children suffering a lack of educational exposure… and that the world cannot generate enough teachers to keep up with the demand.

The competition was launched globally since 6am… E Jay Saunders, who hails from South Caicos appears to be the only Caribbean national in the group of Vanguards, so far.