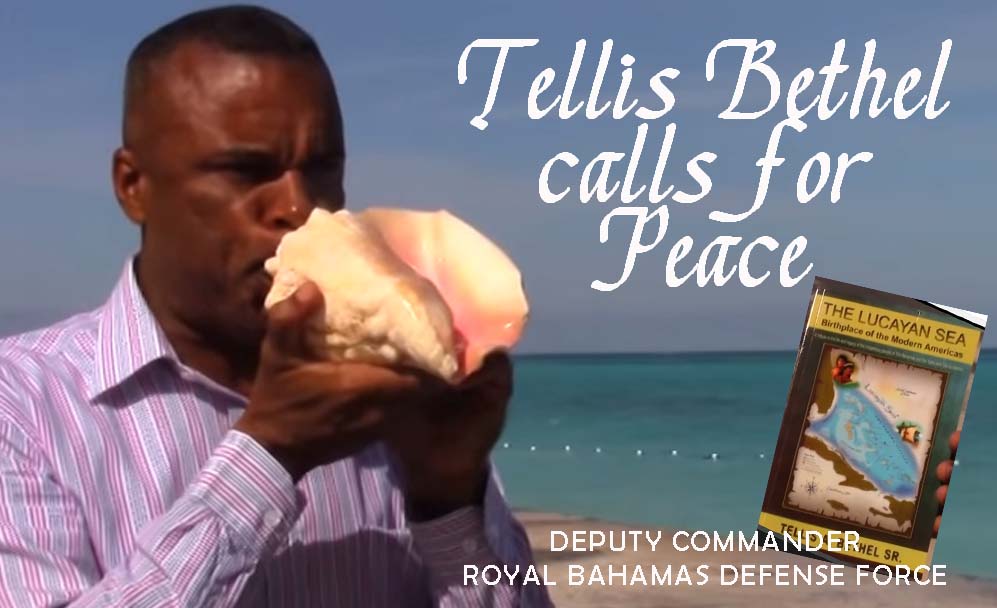 Provienciales, 23 Jan 2015 – The Turks and Caicos sits Southeast of The Bahamas in the beautiful Atlantic Ocean and a Defense Force Captain has written a book about the waters and has even proposed that there be a special name change to the Lucayan Sea. “The Lucayan Sea also tells the story of the Lucayans; them being the first to inhabit these islands, they were also the first to welcome Christopher Columbus to the entire Americas, or what we know as the New World and they were also the first to suffer genocide. Highlighted in the book is a response to that suffering of the Lucayans, their demise, in respect to what the people of The Bahamas and the Turks and Caicos Islands ought to do in responding to that. I propose that as a result of their demise, we who are now the modern day inhabitants of these islands, we have inherited the responsibility to do what we can to make the world a better place.”

Royal Bahamas Defense Force Deputy Commander, Captain Tellis Bethel says our link to the Lucayan Indians make us one and make the two nations, a unique destination for peace and tranquility; he tells all in his new book, The Lucayan Sea: Birthplace of the Modern Americas.

“It really in essence makes us a type of Motherland. As we know, mothers are leaders in their own right and they influence their offspring so by virtue of our birthright, we here in The Bahamas and the Turks and Caicos Islands have really a responsibility to be leaders who help to shape the world to make it a better place, especially in light of what happened to the Lucayans and their demise.”

The book by Tellis Bethel, second in command at the RBDF is published by Outskirts and it is online at Amazon in Kindle format; some copies of the book once landed, are earmarked for Turks and Caicos. You can see our TV news report on Capt Tellis Bethel at MagneticMediaonTV on Youtube.