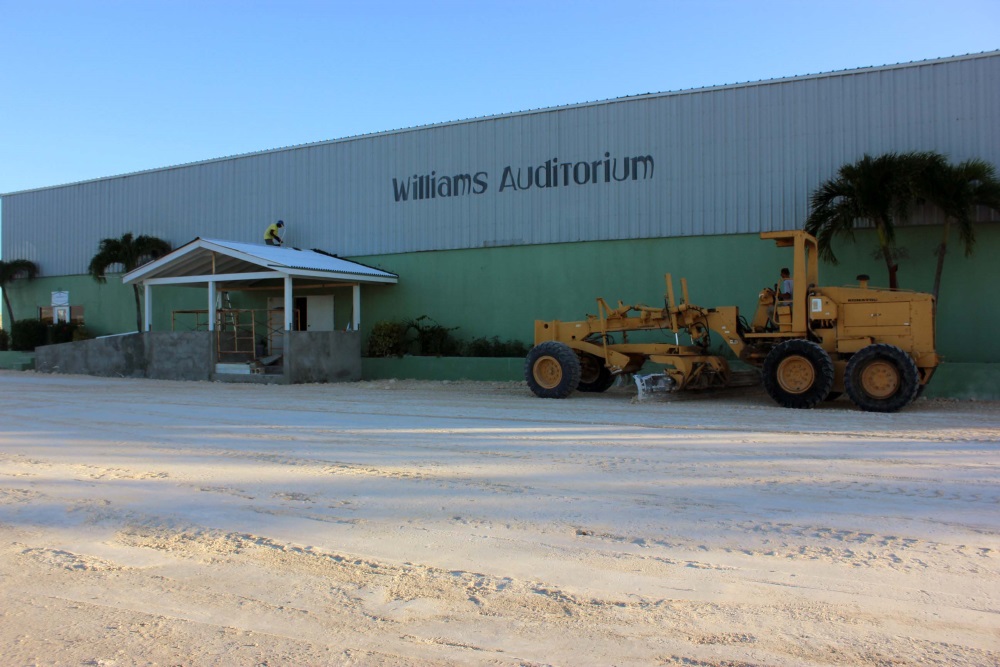 PROVIDENCIALES, TCI DECEMBER 15, 2014 — For over 13 years Williams Auditorium has been enjoyed as a premier and community events center in the Turks and Caicos Islands and come January 2015 the use of the facility will alter dramatically. Williams Auditorium will instead offer a low cost wholesale grocery option for the people of the islands.

“It was not an easy decision to shift the community focus of Williams Auditorium, but with the significant slump in business and greatly reduced need for the 10,000 square feet premises for events; we decided it was a good move to allow Sunny Foods Retail & Wholesale to lease the space and move in,” said Hon. Delroy Williams, owner of Williams Auditorium.

Golden Sunrays Ltd or Sunny Foods is nearly done with its modifications to Williams Auditorium and will bring wholesale grocery shopping to Five Cays and beyond. The lease to Sunny Foods Retail& Wholesale will last for ten
years.

Originally, Sunny Foods was hoping to open the doors of its „cash and carry‟ in December 2014. The company, which brokered the lease to operate from Williams Auditorium for at least the next decade has added a new side entrance, overhauled the interior of the structure and graded the parking lot, which is one of the most expansive parking areas in the country.

“I do understand the role Williams Auditorium has played in the lives of my people; Williams has hosted concerts, funerals, pageants, weddings, church services, awards ceremonies, banquets, political functions, events for just
about every ethnic group and there have been graduations – but this was a decision to see the building used on a regular basis,” explained Hon. Williams.

“It‟s so funny to think about how Williams Auditorium came to being. I was a part of the Provo Day Committee and we needed a venue after some fall out with another spot we had rented. Some members of the Committee were so
upset by the situation that I personally vowed that by the next year, we would have our own place to host Provo Day.”

In July 2001, Williams Auditorium was ready for use and ready for Provo Day. The ability of Hon. Williams to deliver on this pledge has now become a hallmark characteristic for the businessman/politician who is well regarded for his ability to „get the job done.‟ “I know the venue will be missed; particularly for organizations like Clement Howell High School which has held its graduation ceremony here year after year, yet I believe there is hope for a new Williams Auditorium; don‟t count me out. We can come back when there is a market demand; we can build again.”

The official handover of Williams Auditorium to Sunny Foods Retail & Wholesale was on Monday December 15, 2014.