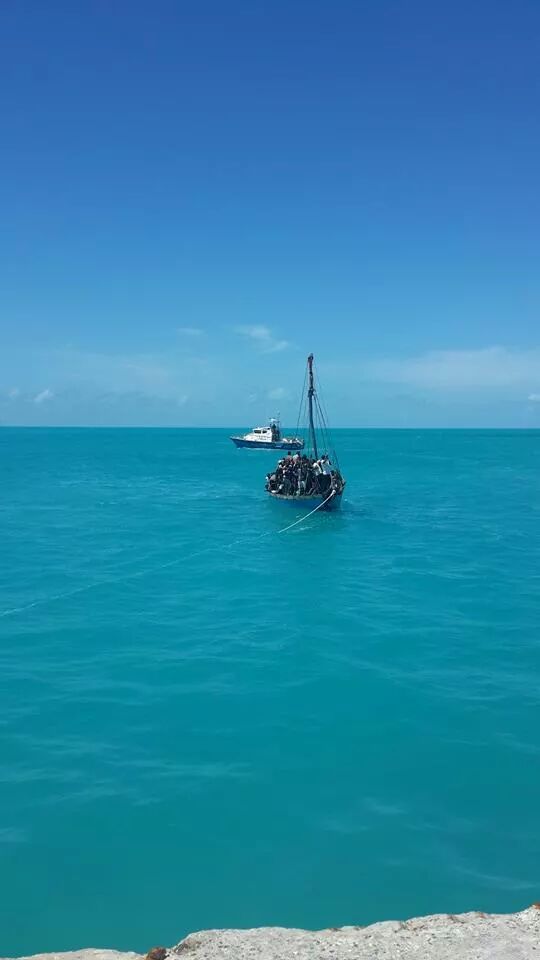 Providenciales, 30 Dec 2014 – Both the Bahamas and the Turks and Caicos had a Christmas delivery of boat loads of Haitian migrants trying to illegally enter the countries, further solidifying the notion that the two nations must partner to fend off the constant flow of Haitian illegals.

In the TCI, the one vessel was intercepted thanks again to the detection of the coastal radar and the 65 Haitians were immediately processed and repatriated. There were 52 males and 13 females on the boat which was intercepted minutes to midnight on Christmas Day; captured roughly six miles off South Dock by the marine branch. Exactly a year before, there was a similar attempt to enter, though that interception was marred with the death of 17 Haitians who lost their lives, when the boat capsized.