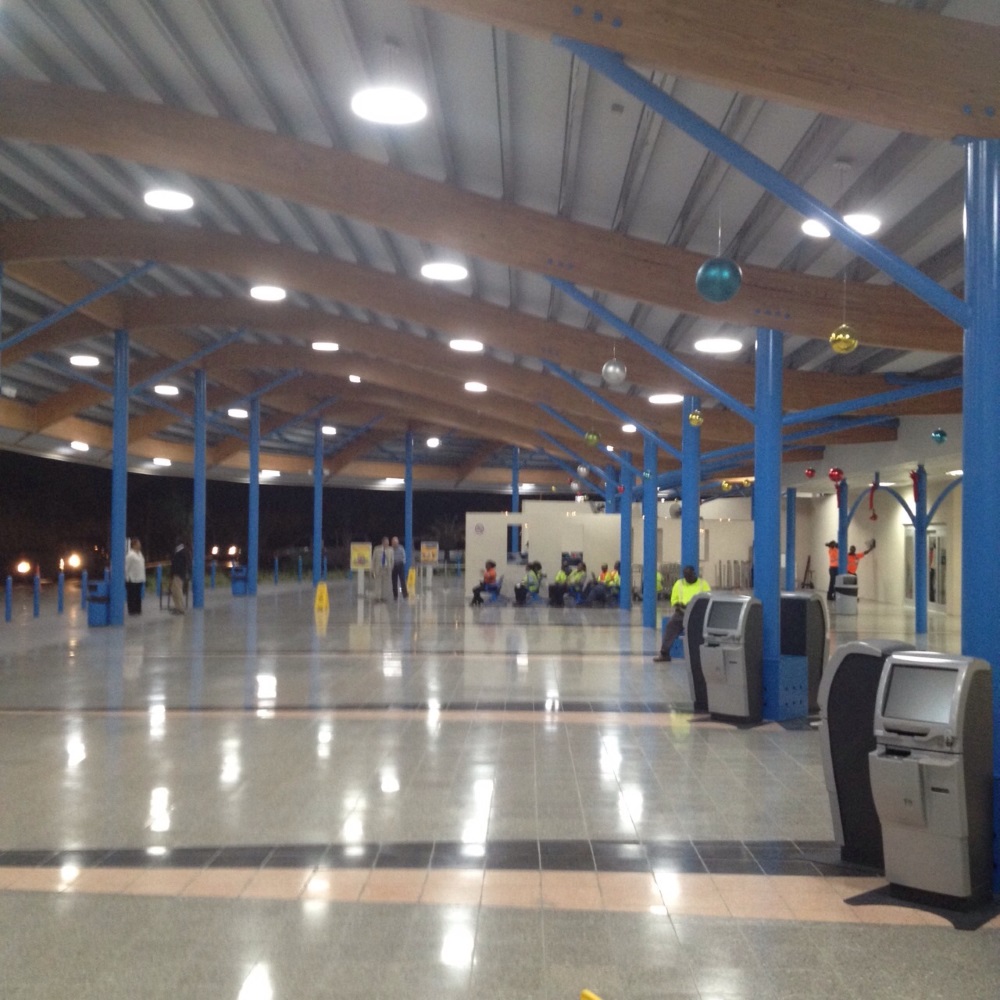 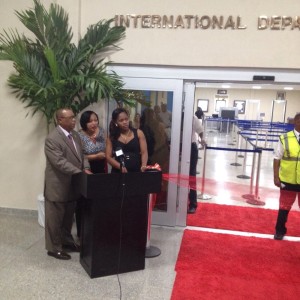 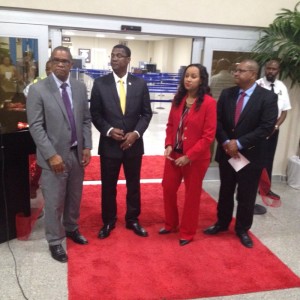 Providenciales, 30 Dec 2014 – A glamorous looking Providenciales International Airport was officially opened last night; the TCIAA keeping its promise to be complete the work and handover the facility by the end of 2014. Only a few days left in the year, but a shiny open air terminal with the trimmings was unveiled with remarks coming from tourism, investment, business and aviation leaders. It was a red carpet show with remarks delivered by the Actg Governor Anya Williams and ribbon cutting including Her Excellency Williams with the Premier, Hon Dr Rufus Ewing and the Finance Minister, Hon Washington Misick.

In the lead up to the opening of the airport, there have been security officer training seminars, a gifting of new, larger porter trolleys by the VIP Flyers Club, international recognition as the VIP area was nominated for a World Travel Awards prize, announcement of state of the art advertising opportunities through Clear Channel which has been contracted for five years and tours, including a group from the Raymond Gardiner High School of North Caicos. While the openness and size of the terminal have been the subject of some criticism, the curvy roof does lend an appealing welcome. Airport Officials says this new roof which has been installed at both ends of the terminal is eco-friendly. “The stylishly curved beams add a modern take to the renovated terminal roof and add height and depth to the new design,” explains the Authority in a press release. Old metal and new metal were connected in this multi-million dollar project which was said to be within budget.

There was a rush to completion, landscaping and the rest rooms were among the final touches; the restrooms are a now source of pride for the Airports Authority: “…bathrooms have been redesigned with contemporary style and top of the line finishes deserving of our world class clientele.” Other first time features include universal kiosks and a flight information display screen; it reports on the arrivals and the departures. You can see the exciting photo highlights of last night’s opening at MagneticMediaonTV.com.