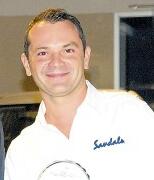 Providenciales, 03 Dec 2014 – Despite reports to Magnetic Media that over 200 people have been laid off from Beaches Resort Villages and Spa since the start of 2014; and more recently a release of as many as 20 staffers in the past four to six weeks, Global PR Director, Stephen Hector says it is not true. These individuals we understand are largely from the Jamaican workforce at the six star resort; most of whom were still on probation. Two we are told were long time employees. Nonetheless, Beaches in a reply to Magnetic Media questions said there have been no mass layoffs and a call to the Labour Tribunal revealed that there were no complaints filed up to this morning.

What Mr. Hector did confirm as true is the fact that Beaches has been conducting lie detector tests on management staff. He explained it is corporate wide and a new strategy to circumventing cyber-crimes. “…we continue to explore new, advanced technologies and systems which many of which can contain highly sensitive intellectual property as well as confidential guest and employee data. The unauthorized transmission of such information is illegal in most countries throughout the world and can lead to identity theft, lost revenue and other fraudulent activity.”

Magnetic Media has discovered that it is not illegal to run a lie detector or polygraph test on employees; however it may be in breach of an employee agreement and that would mean staffers have to actually formally complain themselves. We are told that the experience for TCI Beaches staff was so traumatic one person actually passed out in the polygraph interview; it was said to not be mandatory. We also learned that Beaches is not the only resort property running polygraph tests on staff.