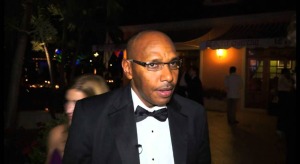 Providenciales, 5 Nov 2014 – ScotiaBank is planning to close 120 banks around the world and cut back on as many as 15,000 staff. The announcement caused quite a raucous in the financial world yesterday, especially as talk was that the Caribbean branches of Scotiabank are not performing as well as they used to do.

We picked up on an exchange on the Business News Network via the Globe and Mail; where it was said three major loans in the Caribbean had to be written down; the region called troublesome for ScotiaBank and RBC. We contacted Managing Director of ScotiaBank Turks and Caicos Ltd, Cecil Arnold who expeditiously responded with: There are no known impacts to Scotiabank TCI staff or its current operations, no impact on borrowing or our current employees.

These decisions are being made to improve the bank’s overall efficiencies in Canada and its international banking operations. We will remain the most international of the Canadian banks, fully committed to our employees and customers.” Mr Arnold pointed out that ScotiaBank has two million Caribbean customers and 19 banks in the region.