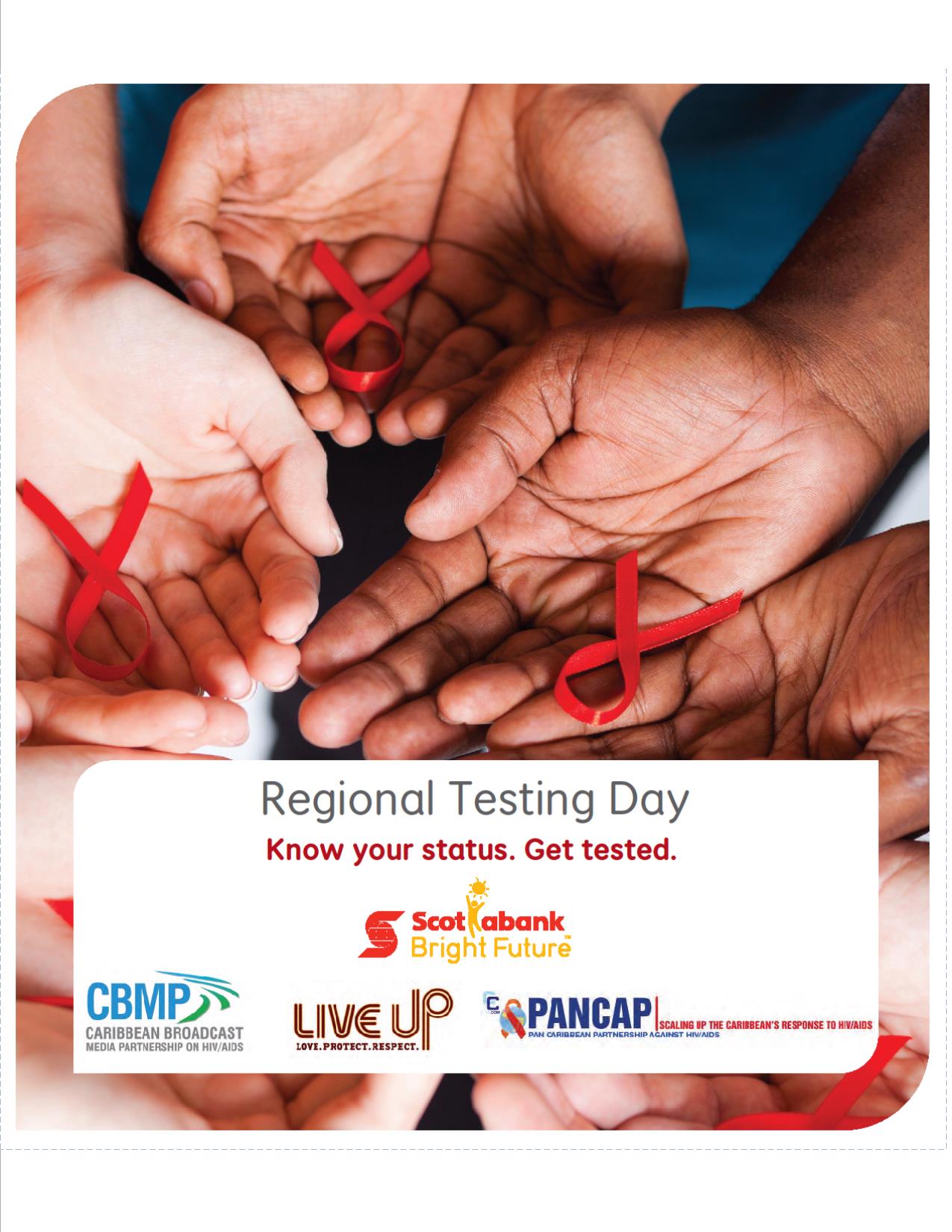 Providenciales, 25 Jun 2015 – ScotiaBank will again join forces with HIV Aids Unit in the Turks and Caicos for Regional HIV Testing day this Friday and it again assured that the process will be quick, free and confidential. Sean Brathwaite is the Managing Director of the bank in the TCI.
“In the strongest possible way, to come out, get tested and know your status.”

For the past four years ScotiaBank has been intricately involved in facilitating the testing, in fact this will happen with ScotiaBank’s help in 17 other regional countries including Guyana, Jamaica, Trinidad, Haiti and The Bahamas. The Aids Unit explained that while they have been able to see 500 individuals tested over six years, the numbers are lower than they want and it is hoped that as the world works toward eradicating the AIDS epidemic in 15 years, by 2030 residents of these islands will come out in stronger numbers and opt to know their status.

A counselor with the program, Hezron Henry, explained it takes around 10 minutes and adds that there has been a decrease in positive results and an increase in awareness.

The testing is Friday from 9am to 4pm at all three ScotiaBank locations nationwide.

There will be translators for the Creole and Spanish speaking among us who want to be tested. Currently there are 202 people being supported by the HIV/Aids program in the country.

There are 200 testing sites in 20 Caribbean countries on this coming Regional HIV Testing day.