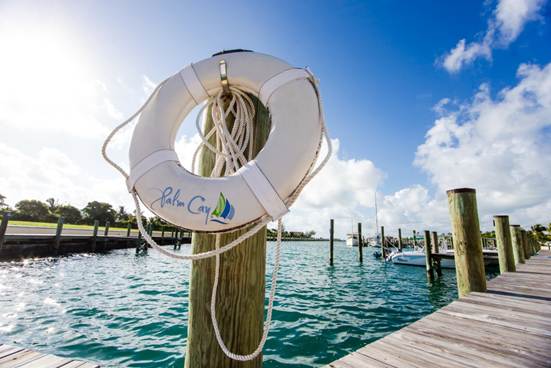 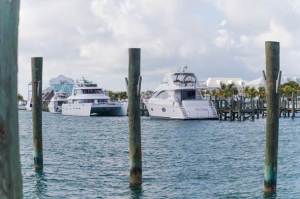 Nassau, 27 Nov 2014 – The manager of New Providence’s newest full-service marina said today he is expecting a “solid season” that could see as much at 50% improvement in boat slip rentals and an even greater increase in fuel and other service-related sales.

“In one week, the official hurricane season will close and at this point there is nothing on the horizon that gives us cause to worry,” said Demeritte, who took the helm of the 194-slip marina in 2014, less than two years after it opened and months after it was equipped with full fuel service, sophisticated electrical hook-ups and wi-fi, placing it in a position to compete with marinas that cater to luxury vessels.

“Yachtsmen look at weather even more than the rest of us do, so when you have one season, then two, without a hurricane, it builds confidence. That is part of the reason I think we are already seeing a good jump in reservations of visiting boats.”

But reasons besides being storm-free are also influencing boaters, said Demeritte.

“Two years ago, Palm Cay Marina was just getting started,” he said. “It was new and relatively unknown. But thanks to the original management and to the developers of Palm Cay who really believed in the marina’s potential, it has become one of the boating hot spots for The Bahamas. BASRA (Bahamas Air Sea Rescue Association) has named us an outpost – the only one in this area. It’s the closest marina to Exuma so we are seeing both locals and visitors who know they are cutting six to seven miles off a 35-mile trip between mid-Nassau and Highborne Cay, even more if they were at a dock or marina west of town. And Palm Cay Marina is the site of a lot of family boating activity, particularly with local boaters who can zip out to the south side for a day of fishing and return long before dark.”

The multi-million dollar marina is one of the main features drawing buyers to Palm Cay, according to Sales & Marketing Director for the nearly 70-acre community on New Providence’s southeastern shoreline Zack Bonczek.
“We’re a waterfront community with a natural inlet. There had been a boat repair facility here for decades when investors bought the property,” said Bonczek. “At that time, there was talk that the development could have been built around the existing marina, but when they examined it further, they made the decision to remove all the old docks, rebuild the seawall to make sure it would last for years to come and re-do all the docks, put in 3-phase electricity, provide for wi-fi, install a sea gate for security, everything that makes a marina a good, safe, secure and comfortable place to keep your boat. Yes, it cost a lot of money but these people were not building for the short term. They were looking at a community that would be especially appealing to boaters and to those who love the water for generations to come.”

Palm Cay Marina can handle vessels up to 110 feet with a draft of up to eight feet.

According to both Bonczek and Demeritte, the opening of Billfish Grill restaurant and members’ club last year also added to the appeal.

“Where else in Nassau can you dock a boat, use the swimming pool, take a swim in the Atlantic Ocean, go back, shower and enjoy a 4-star meal or a pizza prepared in a brick pizza oven? The options and choices with Palm Cay are amazing,” says Bonczek. “I don’t think there is another place like it anywhere on this island. Palm Cay has it all.”

Whatever that “all” is, the formula appears to be working. Some 80% of the single family lots have been sold, more than 90% of the first two phases of condominium offerings are sold with the third phase announced ahead of schedule because of demand, construction is on target and townhouse rentals and sales are improving. There is a waiting list for two more phases – the next stage of the 5-phase condos called The Anchorage and a section of cottages to be named Mariner’s Cove featuring architecture reminiscent of Hope Town, Abaco or Harbour Island. The development is slated to be completed and turned over to homeowners in 2017.