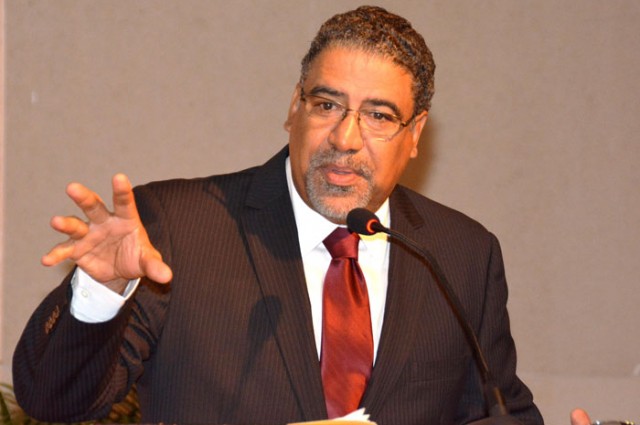 MONTEGO BAY, Nov. 21 (JIS): The recent elimination of the need for Chinese tourists to obtain a visitor’s visa to vacation in Jamaica is expected to play a major role in attracting nationals from that country, says Tourism and Entertainment Minister, Hon. Dr. Wykeham McNeill.

Speaking at the 2014 Tourism Outlook Seminar, held at the Montego Bay Convention Centre, in Rose Hall, St. James, on November 20, the Minister said Jamaica is aiming to attract even 0.01 per cent of the many Chinese nationals who travel on vacation each year, which would significantly boost the local industry.

“Earlier this year, we made the monumental move of removing the visa requirements for China…so that Chinese nationals coming to Jamaica for less than 30 days for vacation could come without visas. It’s an important move, because if we can really make a dent…even 0.01 per cent of (the Chinese tourist population), we are in good business,” Dr. McNeill said.

He pointed out that the decision to remove the visa restrictions for Chinese holiday seekers was taken based on the result of a recent study, which showed that this action would result in more visitors coming to the island.
The Minister added that other measures to ensure “travel facilitation” are being taken by the Government, such as making the airports more customer-friendly.

“We have done a lot of work with the Passport, Immigration and Citizenship Agency (PICA) and over the next five years, the Tourism Enhancement Fund will be spending somewhere around $200 million to enhance the work of PICA, because we think that moving people through your airports as quickly as possible is very important,” Dr. McNeill said.

The Minister said that once travel facilitation is in place, efforts must be made to deepen the impact of tourism on the people of Jamaica.

“When you go out in the streets and talk to a large number of Jamaicans, they express the view that they do not feel the impact of tourism in the way that they want to. We have to get more people involved in tourism for you to have a sustainable tourism sector,” Dr. McNeill emphasised.

The Minister said the Tourism Linkages Project, which was launched a year ago, as well as the development of the craft industry, is an element of a broader programme aimed at ensuring that every Jamaican feels the impact of the industry.